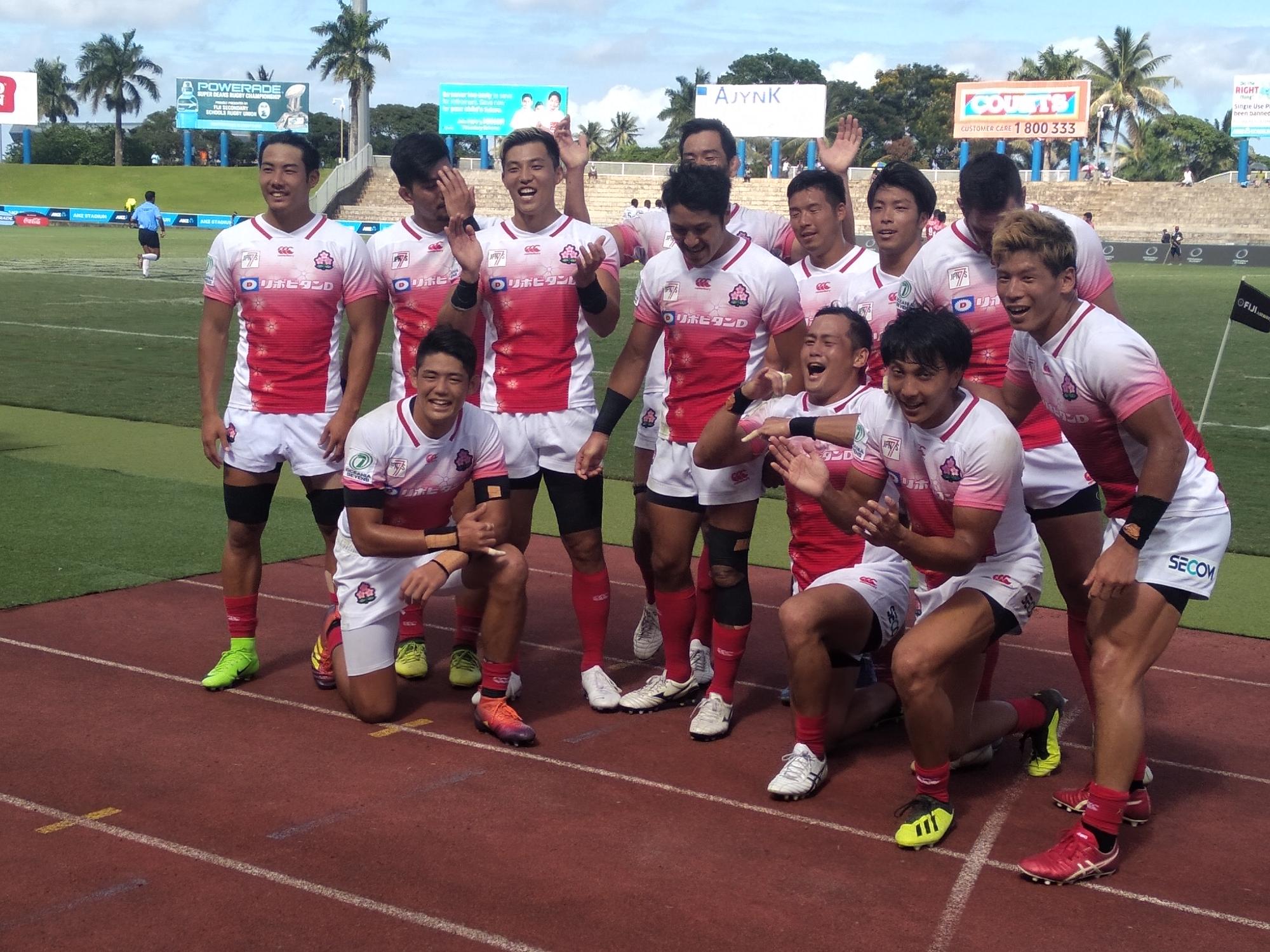 The Japanese 7s team celebrate after their win against NZ. Picture: ROHIT DEO

THE Japan 7s side has created the biggest upset at the 2019 Oceania 7s defeating one of the favourites New Zealand 17-14 in its third pool match today.

The New Zealanders started well with a try early on which was converted as they led 7-0.

Japan replied with a try of their own to tie the scores at the break.

Both teams scored a try each in the second spell as the scores were once again tied 14 all going into the last stages of the match.

Japan received a penalty after the hooter and kicked a penalty from 35 meters out to seal a memorable win.

New Zealand will need to win against Fiji tonight to have a chance of qualifying for the semi finals tomorrow.