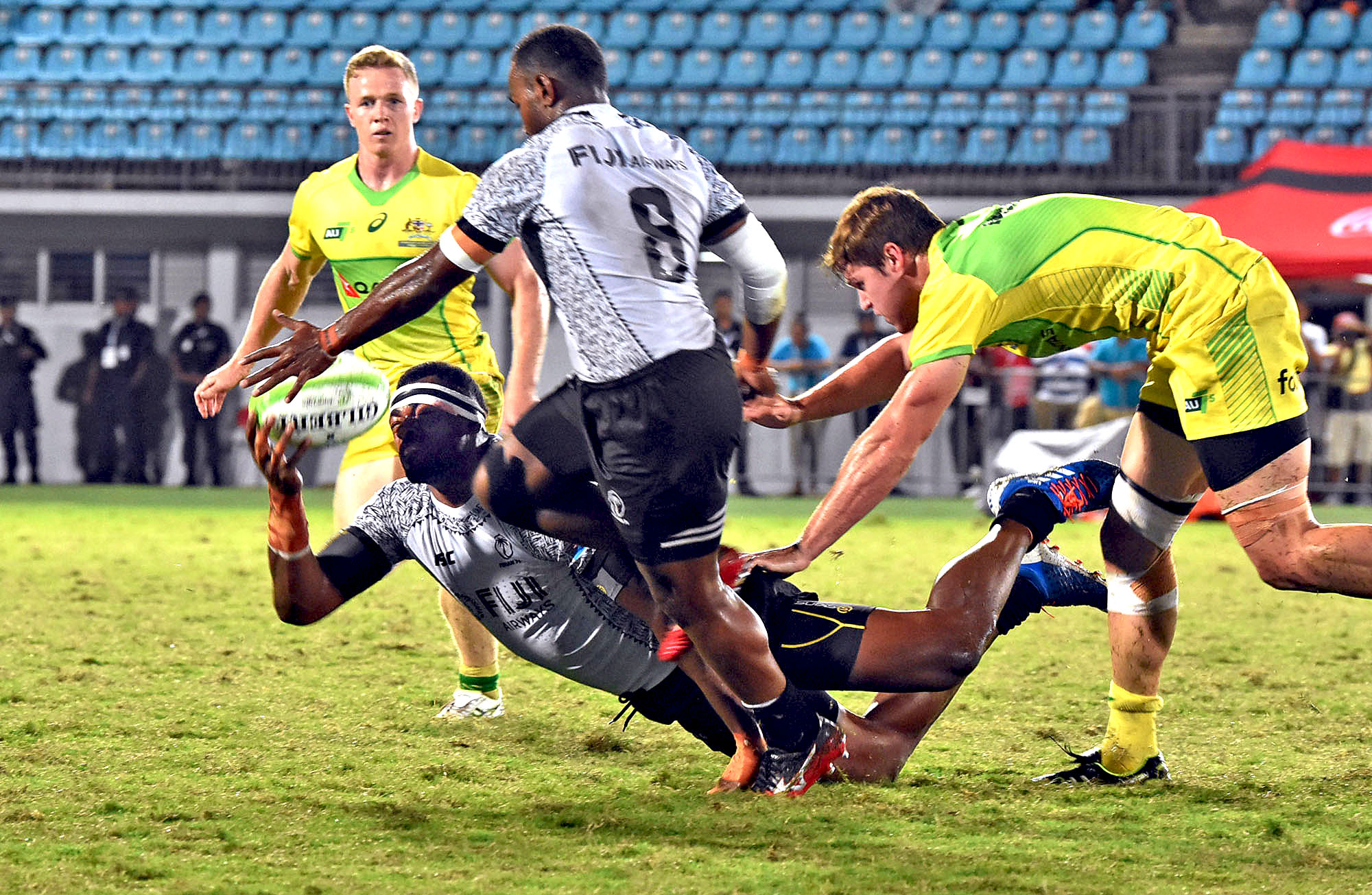 Fiji's Sevuloni Mocenacagi offloads to Waisea Nacuqu in the defence of Australia players in the Cup final against Australia during the 2019 Oceania Rugby Sevens Championship finals at the ANZ Stadium in Suva on Saturday, November 09, 2019. Picture: JONACANI LALAKOBAU

AUSTRALIA was crowned the 2019 Oceania Rugby Sevens champions after beating the Fiji Airways Fiji 7s side 22-7 in the final at the ANZ Stadium in Suva last night.

Fiji coach Gareth Baber said it was not the end they were after but would focus on the start of the HSBC World Rugby Sevens Series.

“Wasn’t the end we were after but congratulations to Australia, and hats of to our boys for a gallant game,” Baber said.

The Fijiana 7s team and Australian men’s side have also qualified for the Tokyo 2020 Olympics.

Meanwhile, the HSBC WRSS starts in Dubai next month followed by the South Africa tournament.