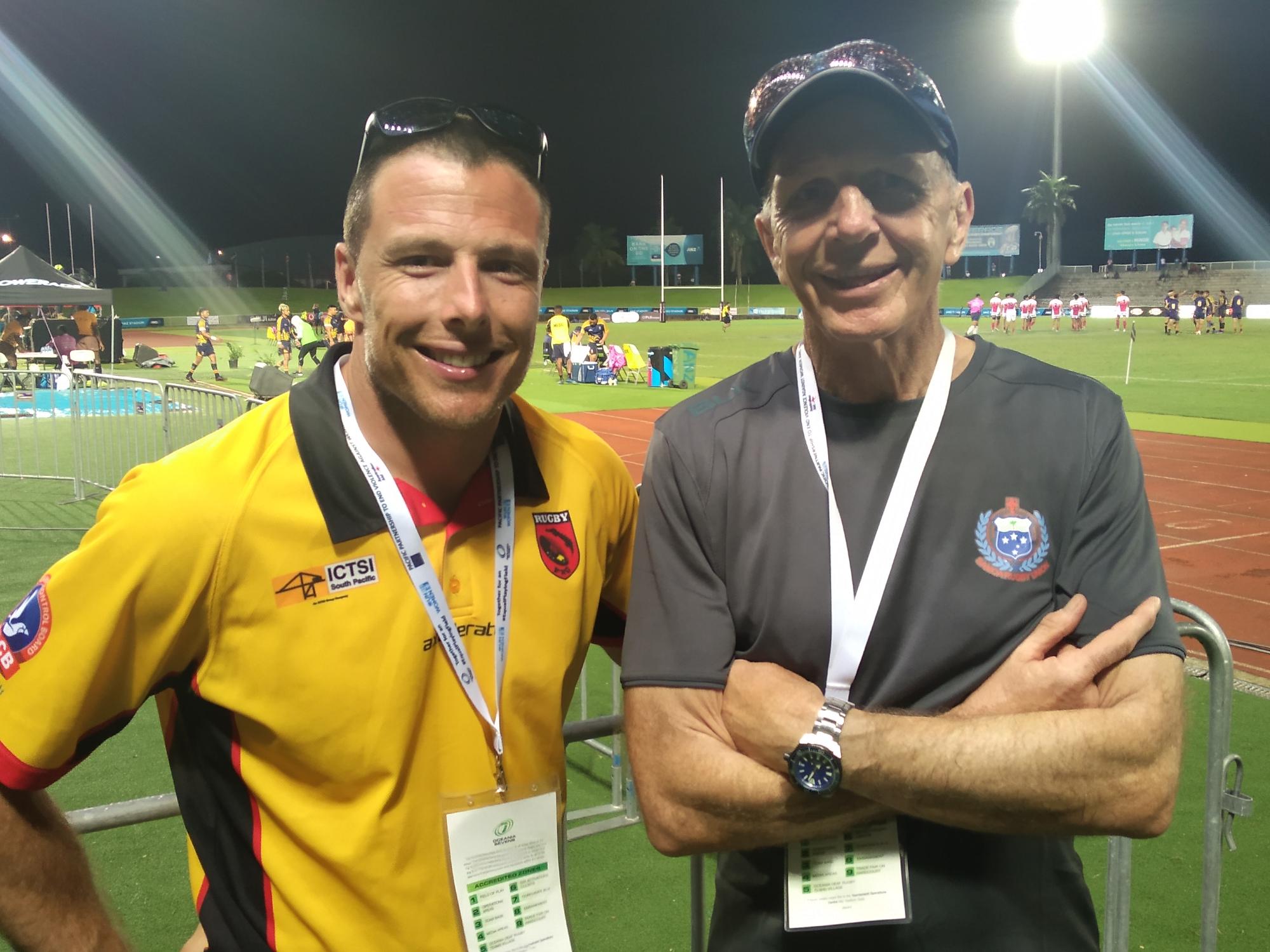 In many tournaments we have seen two members of the same family playing for teams but at the 2019 Oceania 7s, there is a legacy of its own.

Both teams have made it to tomorrow’s finals without dropping any points in the pool stages.

Whenever Paul and his PNG women’s side are playing, Sir Tietjens makes sure to take out time and watch the game to give a few points to his son later on.

Tietjens spoke highly of his son while the latter said it was quite an advantage to have his dad backing him.