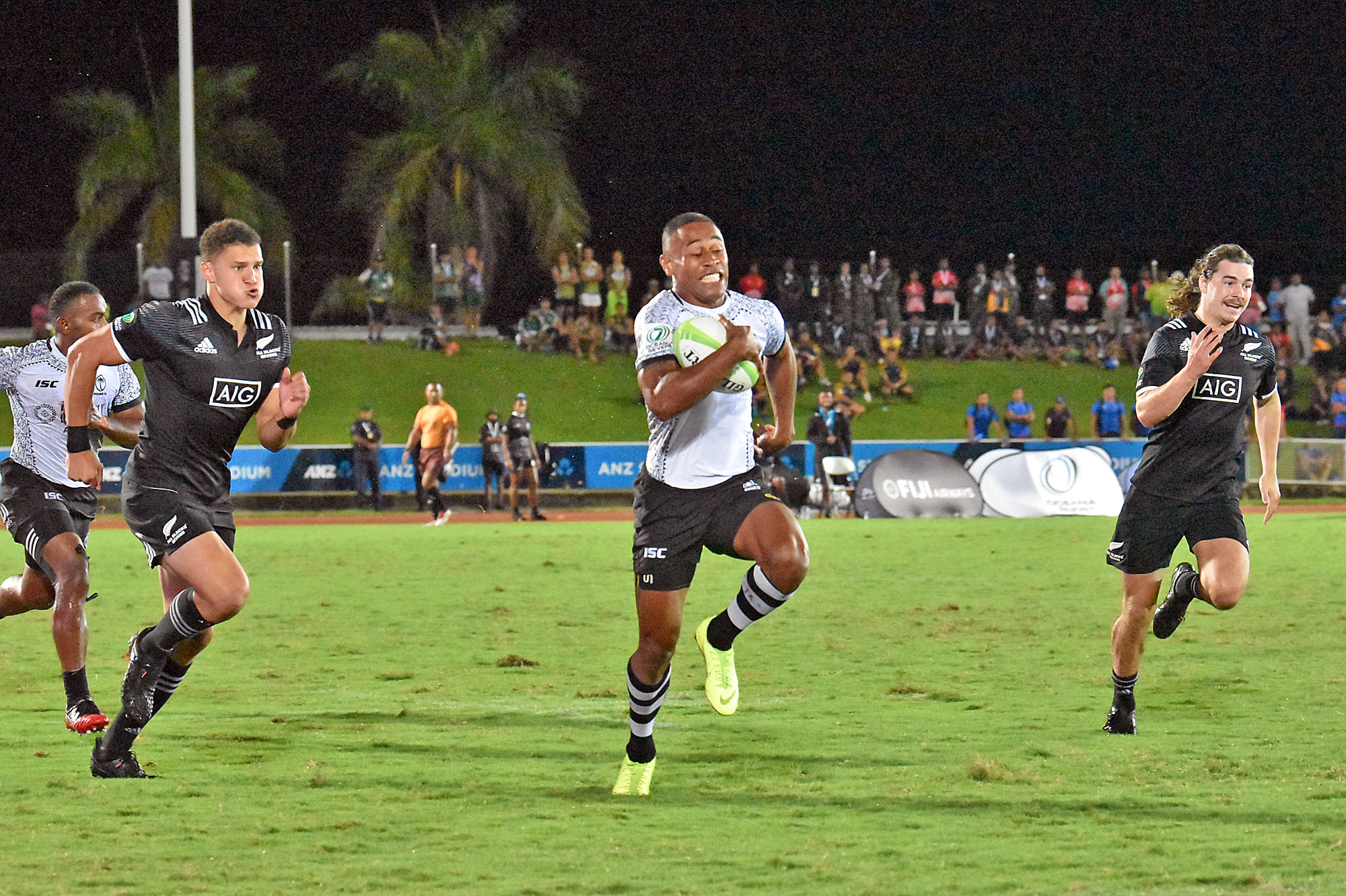 Fiji Airways Fiji sevens replacement wing, Rusiate Matai in full stride against the New Zealand defence in their last pool match during the second day of the 2019 Oceania Sevens Championship at the ANZ Stadium in Suva on Friday, November 08, 2019. Picture: JONACANI LALAKOBAU

THE Fiji 7s team confirmed its spot in the 2019 Oceania Rugby Sevens Championships’ Oceania International final after beating New Caledonia 66-0 in their second game at the ANZ Stadium in Suva yesterday.

The win sets up a possible showdown with the Japan Development 7s after Fiji bundled out NZ with a 21-15 win last night.

“We come together as a team and put in a team effort, we’ll look to build on this win going into the final,” said Nacuqu.

A brace from New Zealand’s Dylan Collier and a try from Niko Jones was not enough.

Japan, meanwhile, pulled off the upset yesterday after beating New Zealand 17-14 earlier during the day.

“Our fifteens team have proved themselves in the Rugby World Cup and it was time we did as well,” said Japan playmaker Yoshikazu Fujita.

Australia and Samoa topped their pools in the Men’s Olympics Qualifier and will meet in the Oceania Olympic Qualifier final today.

The Fijiana 7s team scored the biggest margin of the tournament beating the Solomon Islands 75-0 to top the pool and play Samoa in the Women’s International semi-final today.

The final will be in the afternoon.