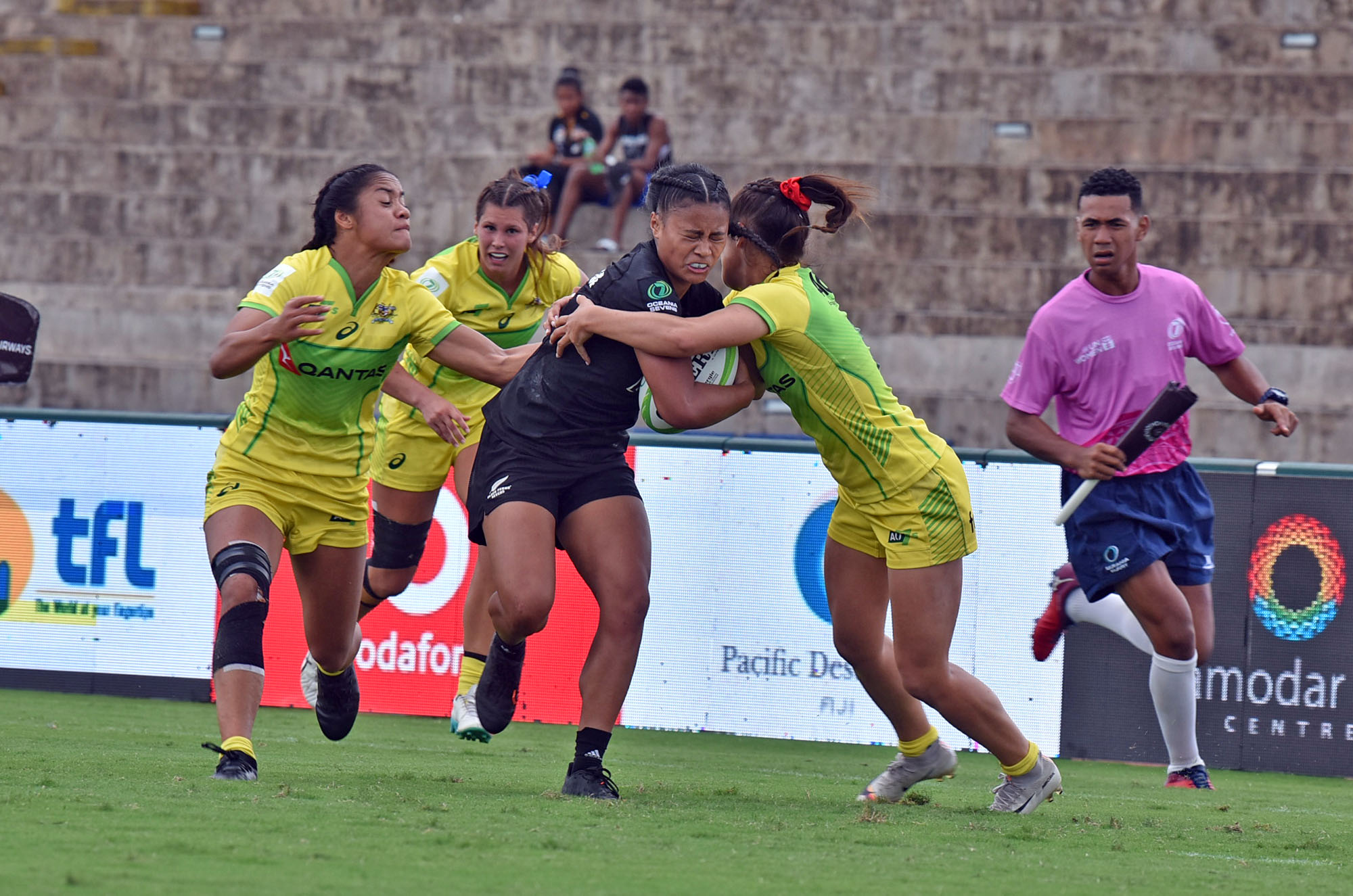 New Zealand's Montessa Tairakena on attack against Australia during their match of the second day of the 2019 Oceania Sevens tournament at the ANZ Stadium in Suva on Friday, November 08, 2019. Piture: JONACANI LALAKOBAU

AT 12.06pm yesterday, the New Zealand and Australian women Rugby sevens teams went head to head, resulting in a 17-5 win for Australia.

After a furious and dominated first half by the Australians, captian Shannon Parry said, “We got into the game really well, felt good about the girls, you could see our confidence as a team.”

After the first half, with Australia’s number 6, Geogia Hannaway having scored the second try of the game, Australia seemed already in control of the outcome.

“You have to give credit to the opponents though, I mean they gave us a really solid fight, but as you can see in all of our faces, we are happy to come out victorious,” Parry said, clearly satisfied with the result.

Though the Black Ferns Sevens team came out of half time better, the speed and strength of Australia’s attacking players was seemingly indefendable for the All Blacks.

The Aussies will play the NZ women’s team again today at 3.30pm in the final of the Women’s International pool, consisting of the first and second place from Pool A.