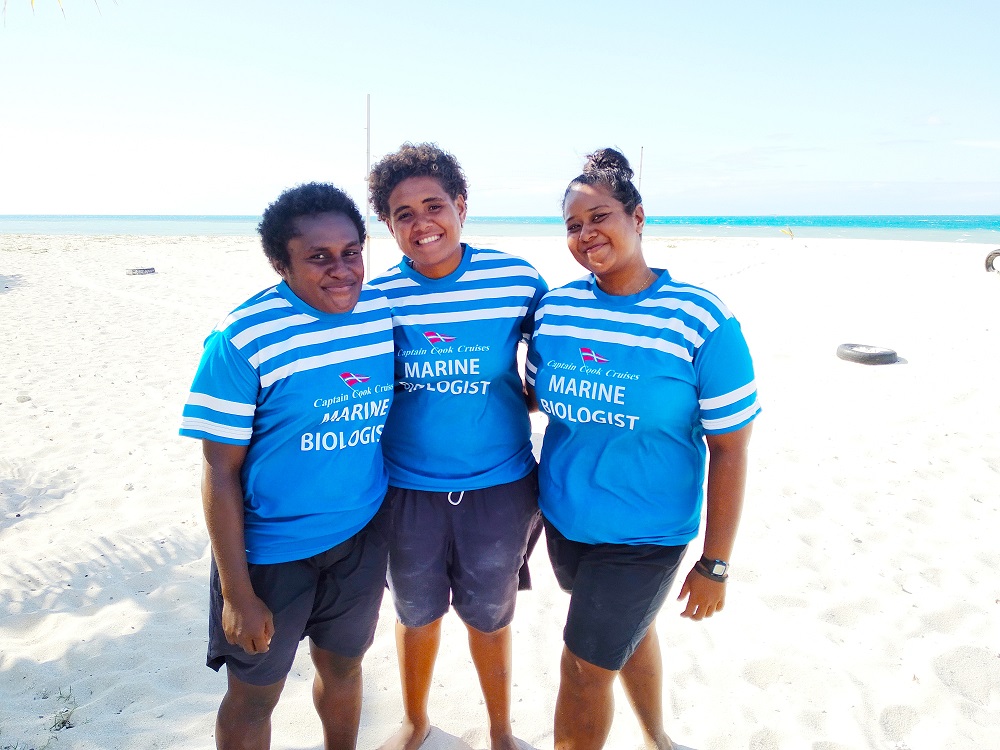 MORE than a decade ago, when children of Wailevu, Kadavu would be busy playing with their friends on the village ground, Amelia Nakaora would creep out of her house and run straight to the sea where she would spend hours with every sea creature she came across on the beach.

This was the beginning of her dream to become a marine biologist.

Her dream was to educate her own people and the people of Fiji on the importance of preserving the marine ecosystem.

Fast forward 10 years and the Kadavu lass stands tall and proud to be an advocate of the ocean.

“I grew up on Kadavu, a place surrounded by the ocean and I never liked the fact that people were always polluting it,” Ms Nakaora said.

“Everywhere I looked, I saw rubbish lying around and I always hoped someone was there to promote a healthy marine environment and send the message out to the people that it is not wise to pollute it. When we moved to Suva, I maintained my dream and I promised myself to continue this dream after high school.

After completing her secondary education at St Joseph’s Secondary School, Ms Nakaora enrolled into her marine science studies at the University of the South Pacific.

She graduated with her Bachelors of Marine Science in 2016 and continued her Post Graduate before she took a semester off to do her diving and attain a diving certificate.

She then joined Captain Cook Cruises, a few years back, and since then she has been a proud ambassador of the ocean.

“Mostly, part of my work for Captain Cook Cruises is to come and live on Tivua Island and plant corals. We have coral tables and we have the trial and error moments where if it doesn’t work on one place, we take it to another place and we have the turtles breeding seasons as well where we monitor them coming ashore and we made sure everything goes well.

“Other than that, we make sure the beach and the environment is clean and we pick rubbish around the island daily. Sometimes, we get to travel on the big cruise ship, the Reef Endeavour and explore other islands within the Fiji Group.”

But being a marine biologist also has its fair share of challenges.

It not only requires her to focus on the marine ecosystem but to help out the men in sailing their vessel, tie knots and ropes as she is part of the deck team.

“In this career, the women and the men are the same, I hate being told that I can’t do things because I am a girl, I always love doing things and exploring new heights.

“Honestly speaking, I am used to living in a man’s world because I have four younger brothers and being from a family that is male-dominated, it has made it easier to adapt to my working environment. A female needs a strong mindset and willpower in a male-dominated society.”

From the day Amelia started her career as a marine biologist, the sea species have always been her family and the thing she hate most is seeing people destroy their marine surrounding. She also believes there are not enough marine biologists in Fiji and more women need to get into it.

“Growing up we saw our grandparents and parents go out to fish so my advice to all the kids is — the fish and the marine life need our help, with that we need to stop pollution and educate our young ones on the importance of preserving our marine life,” Ms Nakaora concluded.

Both her parents are school teachers and she is proud to be the first from her family to take up such a career.

Amelia hopes to take her knowledge to her island home of Kadavu in the near future and help educate them on the importance of preserving the marine ecosystem for the sake of future Kadavu generations.