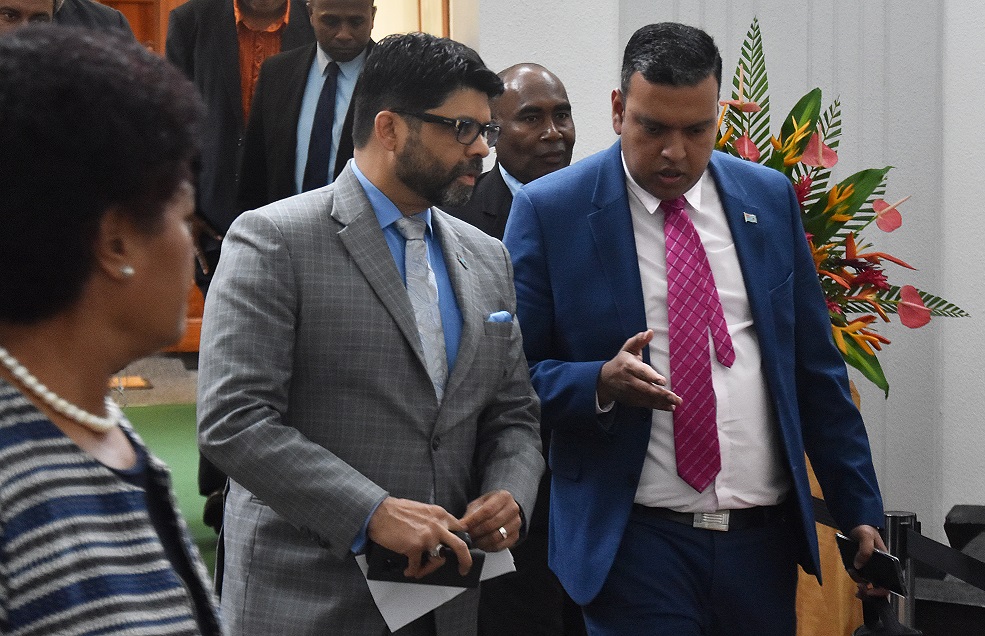 THE former management of the Fiji Human Rights and Anti-Discrimination Commission (FHRAC) is yet to respond to queries raised by the Office of the Auditor-General (OAG) regarding their annual reports from 2008 to 2015.

This was told to Parliament by Attorney-General and Minister for Economy, Civil Service and Communications Aiyaz Sayed-Khaiyum.

He said the FHRAC accounts should be finalised by this month.

“As you know, there has been an entire change in management, in particular after 2013,” he said.

“So, they sent it to the former management for their response.

Opposition MP Niko Nawaikula also questioned Mr Sayed-Khaiyum on whether the decrease in the commission’s budget this year would impact their work such as the preparations of the pending annual reports.

In response, Mr Sayed-Khaiyum assured Parliament that the decrease in their budgetary allocation this year would not affect its work.