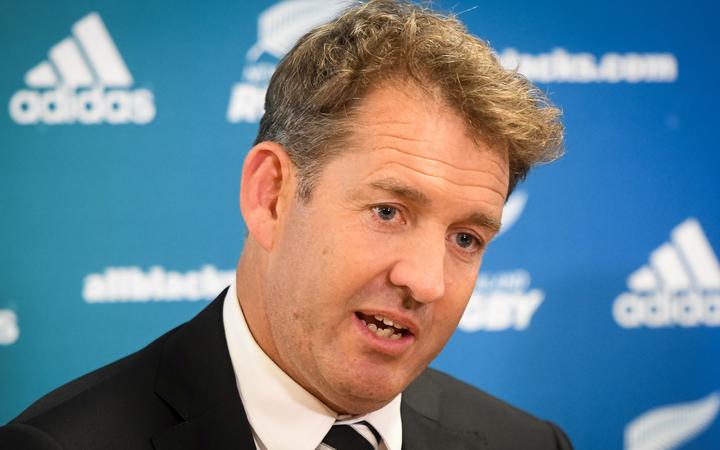 New Zealand Rugby has reacted angrily to a players association proposal for a public share float which the association believes is better than the Silver Lake deal.

The Rugby Players Association and investment company Forsyth Barr has put together a proposal that would see NZR sell a 5% stake in of its commercial right via a public share float.

New Zealand Rugby’s chief executive, Mark Robinson, said in a statement the organisation has been let down by the Players Association.

“We are shocked and disappointed that Rob Nichol (NZRPA chief executive) has shared another counter proposal with media before sharing it with New Zealand Rugby.

“We have not had sufficient time to digest or understand what has been proposed or comment on the detail. Further, it includes confidential information about our organisation that we have not consented to being made public or shared with Forsyth Barr or any other professional entity.

“This is a fundamental breach of trust and the partnership which up until now we valued highly.”

Forsyth Barr and the Players Association believe the valuation of New Zealand Rugby’s commercial rights is between $3.4 and $3.8 billion, 12 to 23 more than Silver Lake’s valuation.

Five percent of that is about $191 million, almost $200 million less than what NZR expects to receive from Silver Lake.

However the players association and Forsyth Barr said their deal would still allow NZR to distribute the same amount of money, $39 million, to Provincial Unions and the Māori Board.

New Zealand Rugby has previously dismissed such a proposal saying it’d only appeal to ‘mum and dad’ investors, not commercial investors.

However Forsyth Barr rejects that and believes there would be strong demand form New Zealand institutional investors, such as Kiwisaver schemes.

Robinson said he’s frustrated and said he’s upset the country’s rugby players have been dragged into the debate.

“NZR has no desire to continue to play out an ill-informed “my model is better than yours” debate – nor do we think the public like it – and we would have rather continued to constructively negotiate with Rob Nichol and his Board which we have made clear.

“Through doing this, the NZRPA leadership has unilaterally taken a decision to attempt to destroy the Silver Lake deal – and the incredible financial and capability outcomes it would provide for all of rugby, as acknowledged by the unanimous vote of our Provincial Unions and Maori Rugby Board as well as the independent validation of the deal by PWC and global investment bank Jefferies.

“We are sorry, that for the players, their own Union has put them in this position where the greatest opportunity for the future of all of Rugby in New Zealand could be lost.”