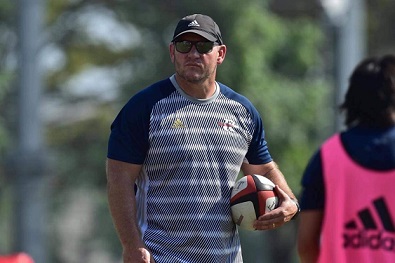 Fleming’s appointment as the Drua forwards coach ahead of the 2023 Super Rugby Pacific season was made yesterday.

The 48-year-old starts with the Drua in the October pre-season window.

Fleming comes with 16 years of experience in coaching and player development after serving as the Manawatu Turbos forwards and defence coach for the National Provincial Championship and the Mitre 10 competition.

He was part of the New Zealand under-20 as a selector and scrum coach and had previously been the forwards coach for Japan’s top league club, NTT Docomo Red Hurricanes.

Fleming also served as a rugby development officer for Hawkes Bay Rugby Union from 2006 to 2010, before joining Manawatu as a coach development manager.

“Greg brings a high level of technical expertise to the forwards coach role. We are looking forward to welcoming Greg and his family into our Drua vuvale,” Byrne said.

“His current role in the NPC and his technical work done with the successful NZ U20s team this year will serve our young rugby players well in their growth as professional athletes.”