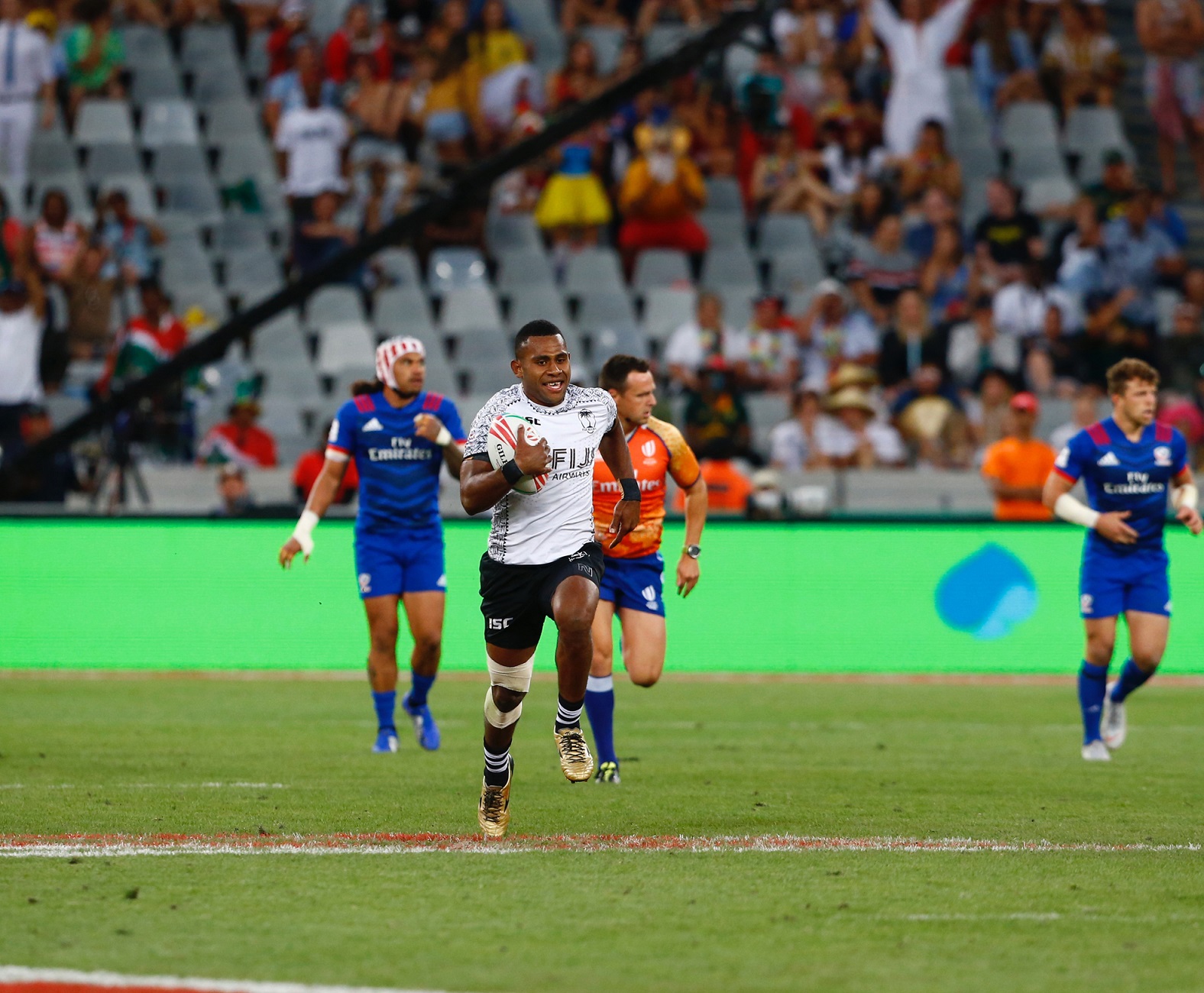 Best Player of the final Vilimoni Botitu runs away to score from an intercept against USA in the final of the Cape Town 7s in South Africa. Picture: Martin Seras Lima

After the splendid performance in Cape Town, South Africa yesterday after beating USA 29-15 in the cup final, the Gareth Baber-coached national side is looking ahead to a successful trip to the Waikato region on January 26 – 27.

Fiji made a strong comeback in the second half last year against South Africa when it was down 17-5 and speedster Alasio Naduva scored a hatrik while Eroni Sau scored a try in the second spell to win 24-17.

However it will be a tough pool to play next month as Fiji leads Pool A with Australia, Argentina and Wales. In Pool B, the USA team is in a tough pool with England, Samoa and a 16th team that is yet to be confirmed.

South Africa heads Pool C against Scotland, France and Kenya while hosts New Zealand is in Pool D with Spain, Canada and Japan.

They will take a few weeks break to spend Christmas with their loved ones before they continue with their preparation for the Hamilton 7s tournament next year. The HSBC Hamilton Sevens tournament will be held from January 26-27, next year.