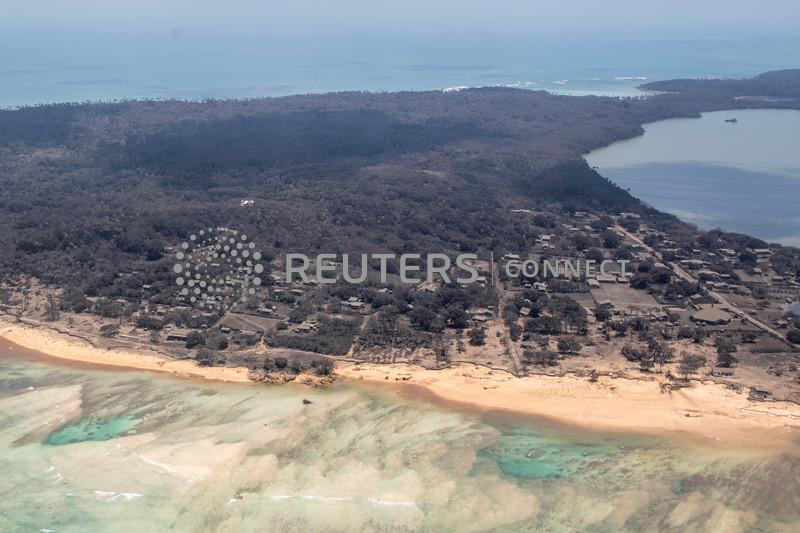 While data indicates no signs of further underwater eruptions in the past few days, New Zealand volcanologist Professor Shane Cronin says the potential for further eruptions are real.

First, the magma present during the recent eruption had been exhausted, calming the volcano down, or new magma would enter the volcano and cause further eruptions.

He said in this scenario the eruptions were unlikely to be as large as the January 15, 2022, eruption.

“Therefore, it is important that people are aware of the possibility for further eruptions and monitor up-to-date information from relevant national authorities,” he said.

Prof Cronin said the ash plume consisted of ash and gases from the eruptions on Saturday and had dissipated from Tonga and Fiji, adding most of the ash had already fallen out.

“The gas has blown towards Northern Australia, up to a height of around 25km.

“Now the problem is when gas and ash fall down and affect low-lying areas.

“Gas generally doesn’t fall by itself but can be rained out, along with ash or after ash. Acid rain is generated when water droplets form within the plume react with the gases and fall to earth.”

Prof Cronin explained that the Hunga Tonga-Hunga Ha’apai Islands were the tip of a much larger underwater volcano called the Hunga volcano, around 1800m high and 20km wide.

Prof Cronin explained that the Hunga volcano was part of a chain of volcanoes stretching from New Zealand to Samoa.

He said over the past few weeks, the Hunga volcano had erupted three times with the first two eruptions on December 20, 2021 and the third on Thursday last week, which were all moderate in size.

Prof Cronin said the fourth eruption on January 15, 2022 was one of the largest eruptions seen in the region in modern history.