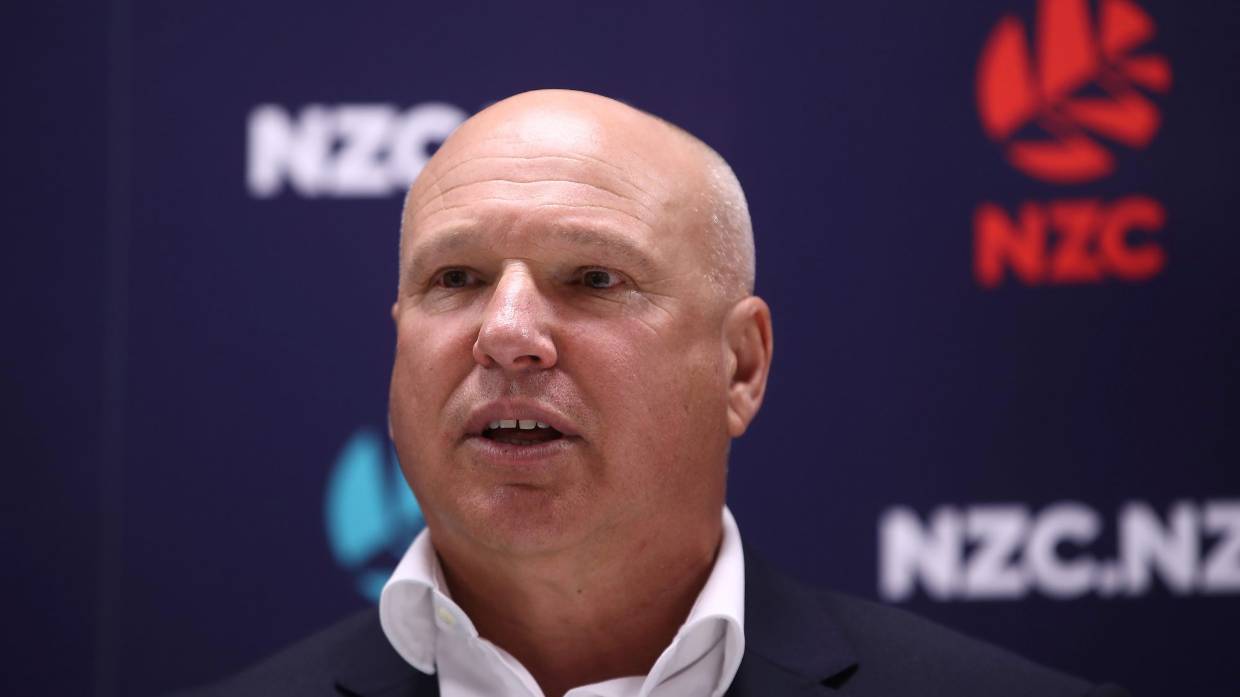 New Zealand Cricket chief executive David White has confirmed up to 15 per cent of its workforce will be cut. Picture: STUFF

AUCKLAND, 03 JUNE 2020 (NZ HERALD) – New Zealand Cricket’s deputy chief executive has resigned as the organisation sheds 15 per cent of its workforce due to bleak budget forecasts related to Covid-19.

More vacant desks will follow, with 12 of NZC’s 80 employees in Auckland and the High-Performance Centre at Lincoln, near Christchurch, cut from the payroll, Stuff understands.

Chief executive David White confirmed those job cuts to Stuff last week as it seeks to save up to $6 million, although he wouldn’t comment on how many or which roles.

“People have made that connection with the timing but I’ve been thinking about what I do next for a couple of months,” Crummy said.

“I’ve been at NZC five years and loved every minute of it and focused on some pretty big projects. I finished one of those [projects] and thought it might be time, so I had that chat pre-Covid. The time is right for me.”

Crummy was highly rated and looked an obvious successor to White down the track. Formerly head of strategy at the NZ Racing Board, Crummy had two years with Rugby New Zealand 2011 before his cricketing roles.

At NZC he began as head of corporate services and strategy before becoming chief operating officer then deputy CEO in December 2018.

Crummy believes NZC is “well placed” to tackle the financial challenges all sporting organisations are facing.

“It’s tough times and there’s going to be an impact as David has said on the record. It’s been navigated really well so far and I’m sure it will in the future.”

White said last week the consultation period would take two weeks, after staff were informed of the proposal to cut jobs which would save NZC $1.5 million.

Most of those 12 roles are at head office, Stuff understands, while the head of women’s high performance, Ant Sharp, is among those whose jobs are on the line.

Black Caps and White Ferns players and team management would not be affected by the cost-saving measures, and the players’ annual retainers will be as forecast for the coming season.

White insisted the cuts would allow NZC to keep the same level of funding for the six major associations, districts and clubs, and retain the volume of men’s and women’s domestic cricket which is expected to start as usual in October.

NZC declared revenue of $59.4 million for 2018-19 in its annual report, and White said the coming year’s budget forecast “a significant reduction” on that.

Uncertainty around the lucrative men’s Twenty20 World Cup scheduled for Australia in October, which is almost certain to be postponed, and how much cricket the Black Caps can host this summer amid border restrictions, are the big financial questions.

The NZC cuts are being magnified across the Tasman, with Cricket Australia CEO Kevin Roberts saying last week job losses were “unavoidable” despite the lucrative A$300 million tour by India likely going ahead.

Roberts told the Sydney Morning Herald the governing body faced an A$80 million shortfall this season due to Covid-19.

CA has already made drastic cost-cutting measures, standing down about 200 staff on 20 per cent pay in April while Roberts and his executive team continued on 80 per cent, the SMH reported.