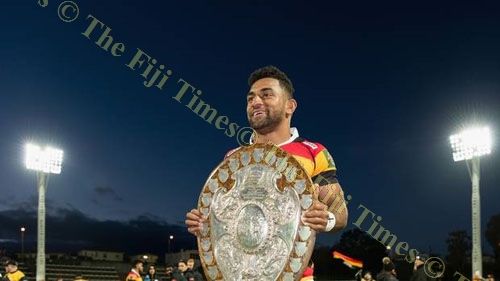 HAMILTON (NZ HERALD) – A young rugby star has been granted a discharge without conviction over a domestic violence incident that left his partner bloodied and bruised, allowing him to take up a contract in Ireland.

Sevuloni Lasei Reece, a Waikato Rugby winger and second highest points scorer in the Mitre 10 Cup so far this year, will now get to take up his contract with Irish club Connacht in November as planned.

Reece, 21, was handed the discharge without conviction by Judge Denise Clark in the Hamilton District Court yesterday.

Judge Clark said a conviction would have ended the Fijian-born player’s Irish contract, and that would have been out of all proportion to the gravity of the offending.

The court heard that in the early hours of July 1, a heavily intoxicated Reece got into an argument with his partner of two years in the Hamilton central business district.

Reece yelled at his partner to “shut up, in much more colourful language than that”, and chased her down the street, dragging her to the ground.

She suffered bruising to the side of her face and waist and bleeding to her knee.

The police prosecutor said Reece was already on notice after being blacklisted by police and his offending came at a time when the government was spending large amounts of money to deter family violence.

But Judge Clark accepted that the victim had forgiven Reece, that the couple were undergoing counselling, Reece had admitted a problem with alcohol and had been sober for three months.

The rugby player had expressed remorse and apologised at a restorative justice meeting, and Reece was supported in court by a young woman and other associates. Judge Clark took into account his early guilty plea, the fact it was his first time before the courts, his apology and that his Irish contract would help provide for his family.