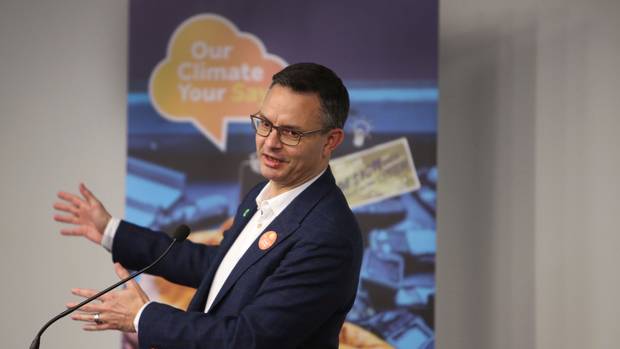 SUVA, 26 JULY 2018 (NZ HERALD) – New Zealand Climate Change Minister James Shaw has kicked off a three-day trip to the Pacific by calling for a joint push from the region for global action.

Shaw is in Suva for the second Climate Action Pacific Partnership conference, a summit that was set up last year as part of Fiji’s Presidency of the 23rd UN Climate Change Conference of the Parties.

While Shaw wouldn’t be announcing any fresh measures around climate-related support in the region, he wanted to send a clear message that Pacific nations could show leadership on the world stage.

Low-lying nations such as Kiribati and the Marshall Islands were facing an “existential” threat in the face of rising seas and severe storms.

“We are seeing what climate change means here in the Pacific, and we are seeing it more frequently,” Shaw told an audience at the University of the South Pacific this evening.

“So we must not, and we will not be ignored when it comes to global decision-making to deal with climate change.”

But he pointed out that it was Pacific islands that had been instrumental in concluding the tough global negotiations that saw the Paris Agreement created.

“It was the tireless work of Pacific leaders and their delegations that made the world see climate change through the eyes of vulnerable island communities,” he said.

“Those efforts were decisive in the Paris Agreement including a goal to pursue efforts to limit warming to 1.5C.”

Now, he said, it was essential that the momentum of Paris maintained as nations again prepared to meet in Poland at the end of the year for the next UN summit.

While most of the 200 nations committed to the agreement each created less than one per cent of the world’s emissions, Shaw didn’t see this being ant reason for inaction.

“For those countries – which includes New Zealand, and includes Pacific Island countries – whilst our individual contribution to total emissions is small, together we make up more than 20 per cent of global greenhouse gases.

“Being small is no excuse for inaction. Quite the opposite: it gives us the opportunity to be world leaders by taking action.

“We need to be a part of the global economic transformation that is under way and which is not going to be reversed, and we need to seize our share of the opportunities that can come from that transformation.”

New Zealand, which could have an ambitious Zero Carbon Act in place by the end of this year, recently upped its support in the region, with tackling climate change a priority for more than $700 million (US$478 million) of new development co-operation funding to be spent over the next four years.