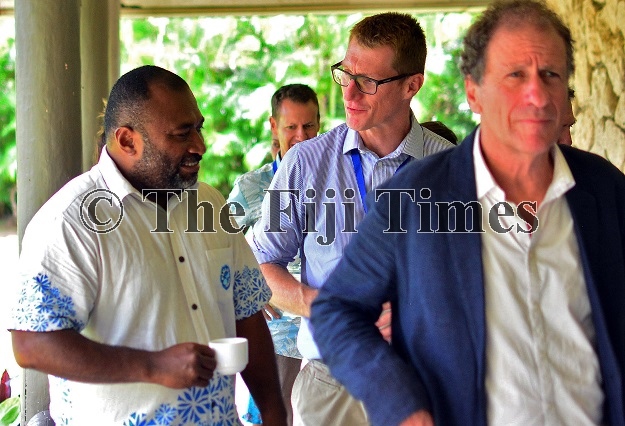 Minister for Health and Medical Services Ifereimi Waqainabete speaking with a participant during the Fiji Health Research Symposium on Maternal ,Child and Adolescent Health at the Novotel Convention Centre in Lami on Friday, 28th February, 2020. Picture: JOVESA NAISUA

HEALTH Minister Dr Ifereimi Waqainabete has revealed nurses in Serua were sometimes not paid for up to three months.

While addressing them during the Nuku district meeting in Sabata Village yesterday, he apologised for the issues they continued to have with their pay.

“I admit there were shortfalls within the ministry in the processing of pays, however, I assure you that you will be paid for what you are owed,” he said.

“In instances where you were not paid for two or three months, you received all your pays in a lump sum.”

Dr Waqainabete said the shortfalls in paying nurses on time were because of the processes involved in the village nurses’ payment system.

He said they were working to streamline the process. Dr Waqainabete urged nurses to spend at least two hours a day visiting sick patients’ in their villages and to monitor waste management practices within their areas of operation.

Nurses who spoke to The Fiji Times on the condition of anonymity said meeting daily needs while not being paid for three months was a “struggle”.

They said they spent up to $17 in transport costs whenever a villager needed to be taken to the Colonial War Memorial Hospital in Suva for further treatment.

Many said trying to provide for their families without income for up to three months was stressful because they had so many financial responsibilities.

Dr Waqainabete said the budget for village nurses was $5 million and there were 1600 nurses across the country.