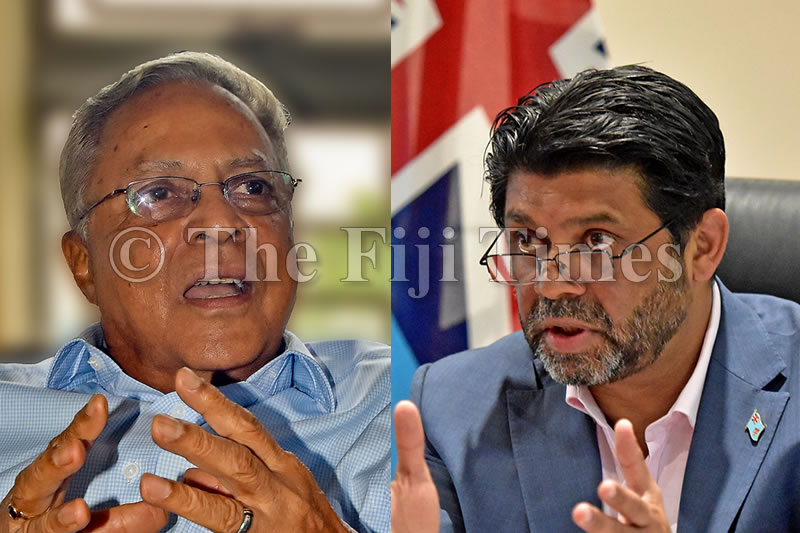 Expenditure cuts imposed by the Economy Ministry could have resulted in the Tertiary Scholarship and Loans Board’s (TSLB) decision to raise the academic performance requirements for those under the National Toppers Scheme (NTS), claims Fiji Labour Party leader Mahendra Chaudhry.

Mr Chaudhry was responding to Economy Minister and Attorney-General Aiyaz Sayed-Khaiyum’s statement about TSLB failing to consult Government when the decision was made.

During a news conference in Suva last week, Mr Sayed-Khaiyum claimed TSLB had made a hasty decision without Government’s approval or consultation.

In response, Mr Chaudhry said the A-G should be held responsible and that he should not meddle with issues surrounding TSLB.

“The issue is one which should be dealt with by the Minister for Education, Rosy Akbar, and not the Attorney-General,” Mr Chaudhry said.

“The problem arose, it seems, as a result of expenditure cuts imposed by the Ministry of Economy which comes under Mr Sayed-Khaiyum.

“So he must accept responsibility for the plight of the students caught by the revised GPA.

The TSLB is constrained to work within its allocated resources and must not be made the scapegoat to bail out the real culprit.”

In an earlier statement, Mr Sayed-Khaiyum said TSLB should have sought advice from Government.

“Rather than rush to change the GPA requirements and suspend those students, the TSLB should have consulted with Government, educational institutions, and students,” Mr Sayed-Khaiyum said.