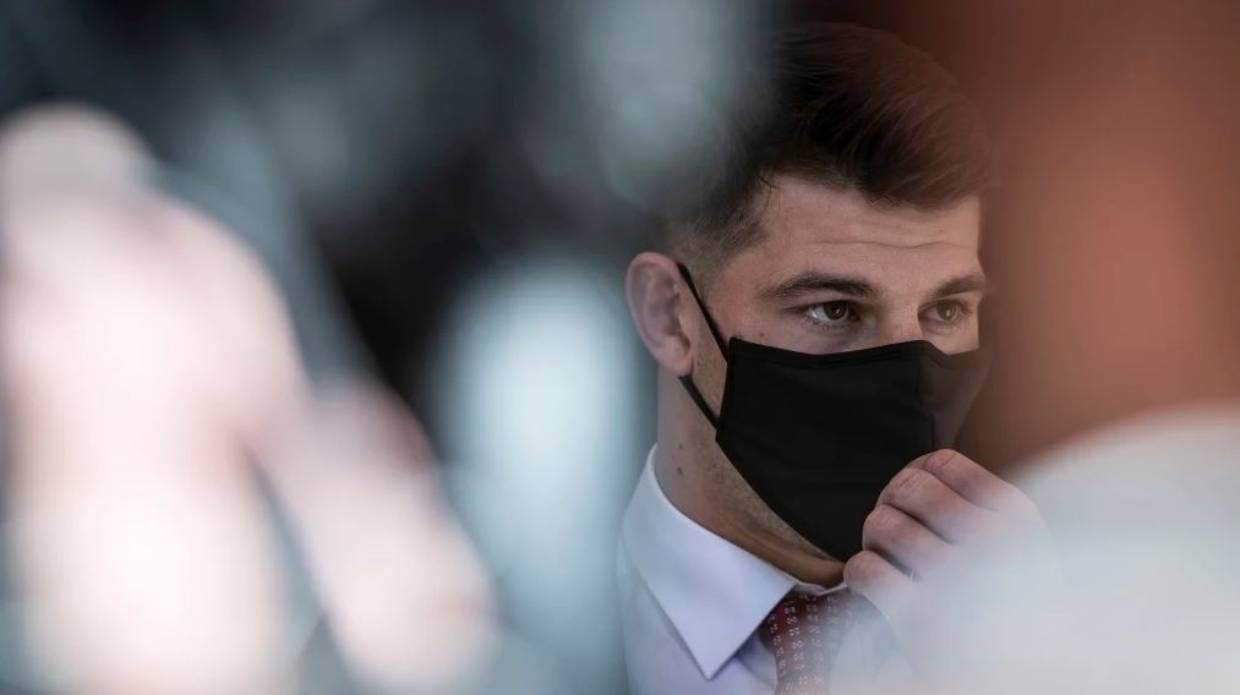 Curtis Scott's lawyer said they would be asking for "nothing less than six figures" when launching the civil action. Picture: SMH

Curtis Scott is set to sue the NSW Police for more than A$100,000 (NZ$108,000) in damages after being wrongfully arrested on Australia Day weekend.

The Raiders centre was charged with seven offences, including assaulting two police officers, after falling asleep in Moore Park following a night out at the Ivy nightclub.

The charges, however, were dismissed earlier this month after body-camera footage from the arresting officers was shown in court.

The footage showed Scott being handcuffed, Tasered and pepper-sprayed before regaining consciousness. One of Scott’s lawyers told the court that a female officer stood on Scott’s foot on purpose and twisted his ankle.

“Being capsicum sprayed whilst you are handcuffed and not decontaminated for some 19-odd minutes, that’s much worse than anything I can do to you,” Giles said.

“Convicting you and fining you would serve absolutely no purpose.”

Scott’s lawyer Sam Macedone said they would be asking for “nothing less than six figures” when launching the civil action.

Despite the charges being dismissed, the NRL this week fined Scott A$15,000 (NZ$16,000) over the incident, arguing the 22-year-old had brought the game into disrepute.

Macedone said Scott will accept the sanction but said the fine was “totally ridiculous”.

Scott can have the entire fine suspended if he completes an education program with the NRL that outlines the risks of excessive alcohol use.

“I told him, just let it go away,” Macedone said. “Doing the course is probably a good thing for him … you don’t want to stir it up as it will only get uglier.”

Scott’s case will be back in court on Friday over discussions on legal costs. The NSW Police were directed to pay Scott’s legal costs, but debate continues over whether taxpayers should fit the bill for correspondence between his legal team and the NRL.

The NRL considered Scott’s charges in relation to the code’s no-fault stand-down rule but he was allowed to continue playing after then-chief executive Todd Greenberg viewed the footage of his arrest.

“It’s ridiculous that someone who is actually showing the right way dealing with being drunk, just sitting under a tree and sleeping it off, receives a fine,” Macedone said. “But that’s the NRL for you.”

The Victorians were set to be freed from quarantine after midnight on Friday after spending 14 days in Queensland, but the guest arrived prior to midnight and therefore was in breach of the NRL’s strict Covid-19 protocols.

Welch and Scott both have five days to respond to the breach notices, but will cop the sanctions on the chin.

NRL chief executive Andrew Abdo said in a statement about the sanctions that the game expected a higher standard from its players.

“Our players are role models in the community and must set an example for young people who look up to them,’’ he said.