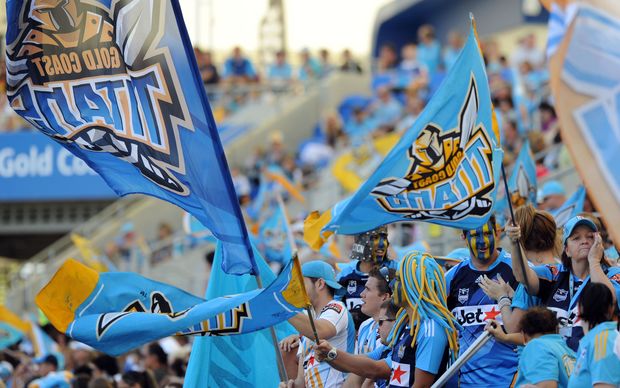 Three Gold Coast Titans rugby league players were stood down on Friday for refusing to have flu vaccinations after the intervention of Queensland’s top medical officer.

The NRL, which suspended its 2020 season in March at the start of the Covid-19 coronavirus outbreak, is planning to resume matches behind closed doors on 28 May and had asked players to have the flu shots as part of biosecurity protocols.

Three players at the Titans club in the south of Queensland were among those who refused and the state’s chief health officer Jeannette Young said they had been stood down.

“I’ve had a discussion with [the NRL] this morning and they’ve stood down those three players at the moment until we work out what it means,” she told reporters.

“They’ll be coming back to me about those three individual players. But remember that’s three players out of three teams so we’ll work that one through.”

One of the players, Nathan Peats, has since been reinstated after agreeing to have his flu vaccination.

Peats said on Twitter that a bad experience with a flu jab earlier in his career was behind his initial refusal.

“I had the option to say yes or no and I chose no for that reason. If I knew it would blow up, I would have said yes straight away.”

The Australian Rugby League Commission (ARLC) announced on Thursday that players would be permitted to train and play despite not having a vaccination by signing a waiver.

Titans forward Bryce Cartwright had signed the waiver after earlier in the week indicating he would refuse to be vaccinated.

“I stand for the freedom to decide what goes into our bodies,” he posted on Twitter. “I won’t be bullied into making decisions that could impact my health and the health of my family.”

Australian Prime Minister Scott Morrison on Friday reiterated his stance that players should have to have vaccinations to play, but said it was a decision that would not be taken at a national level.

“Ultimately the states and territories have to determine what the health requirements are as they apply to the NRL,” he told a news conference.

“If they were to be insisting on that, then I would think that’s entirely reasonable.”

Queensland’s insistence on jabs would appear to make the position of the authorities in other states academic given the players would at some stage of the season have to cross the border to play matches against Queensland’s three teams.

No vaccine has been developed for Covid-19, though drugmakers are rushing to develop treatments and vaccines for the disease which has killed over 260,000 people worldwide, infected more than 3.8 million and ravaged economies globally.