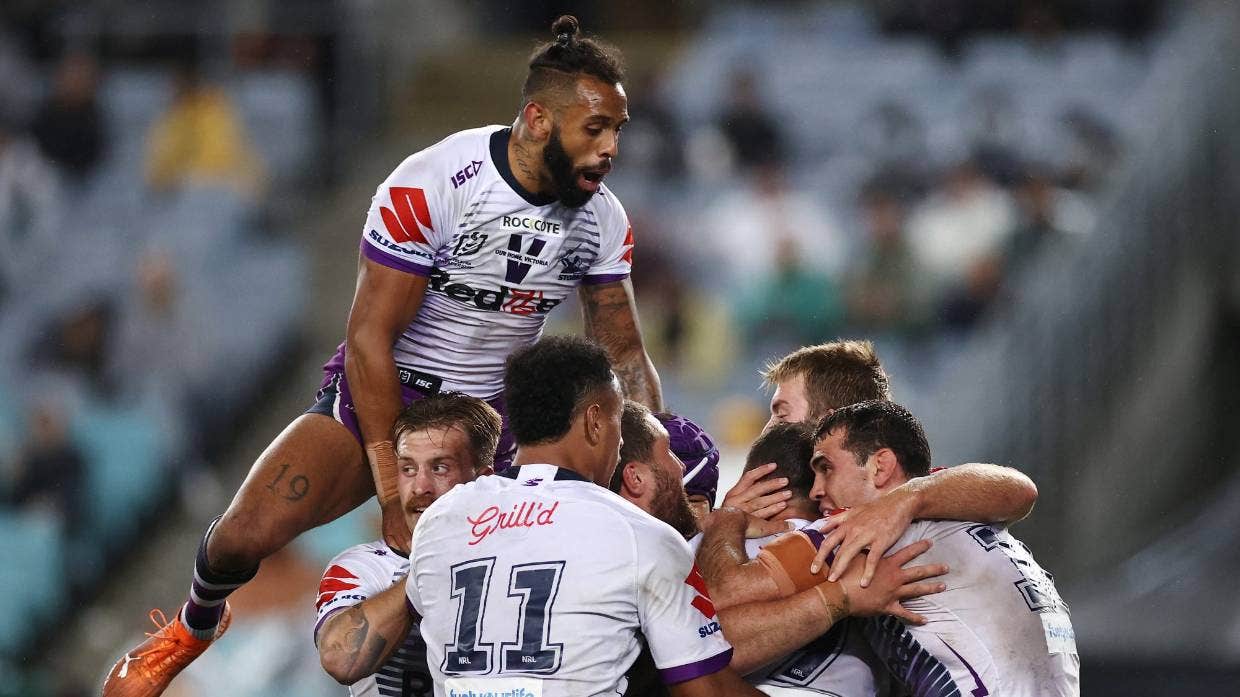 Cameron Smith and his Storm team-mates celebrate his try that blew out their lead at halftime in the grand final. Picture: STUFF SPORTS

At the end of a season like no other, the NRL finished with a result like every other year: no argument, not much of a contest until the dying minutes and definitely no asterisk.

The nomadic Melbourne Storm, a team living out of a suitcase for months and playing for a state in seemingly perpetual lockdown due to the Covid-19 crisis, cemented their status as the NRL’s best of the last decade with a pulsating 26-20 victory over minor premiers Penrith Panthers at Sydney’s ANZ Stadium.

In front of a 40,000-strong grand final crowd at only half-capacity with the eye barely able to see a patch of purple, coach Craig Bellamy and captain Cameron Smith put the exclamation mark on their magnificent careers despite their team finishing the match with two players in the sin bin.

The pair share a special bond, almost like a father and son, and their guile and experience proved too much for the upstart Panthers, led by coach Ivan and son Nathan.

Bellamy won’t have a greater triumph, even allowing for the 2012 title he won when his team was torn asunder by the salary cap scandal two years earlier. The grandfather will coach the Storm for one more season, but will struggle to top the feats of this season.

His heart might not be able to take much more, either. His team were in cruise control with 25 minutes left, but withstood a furious late rally from the Panthers, which included four unanswered tries, and sin binnings to Jahrome Hughes and Brandon Smith.

A coach’s intuition is always the best one, and when his team was told to escape Melbourne in June in the middle of the pandemic, Bellamy forecast they wouldn’t be returning home until the end of the season. Typically, the end of their season was grand final day.

The neutrals yearning for a contest were left flat for much of the grand final, Melbourne blasting to a 26-0 lead early in the second half thanks to the first penalty try in a grand final since 2013, an intercept and a little bit of luck for Smith before a remarkable finish.