‘Not all buildings’ of Category 5 standard 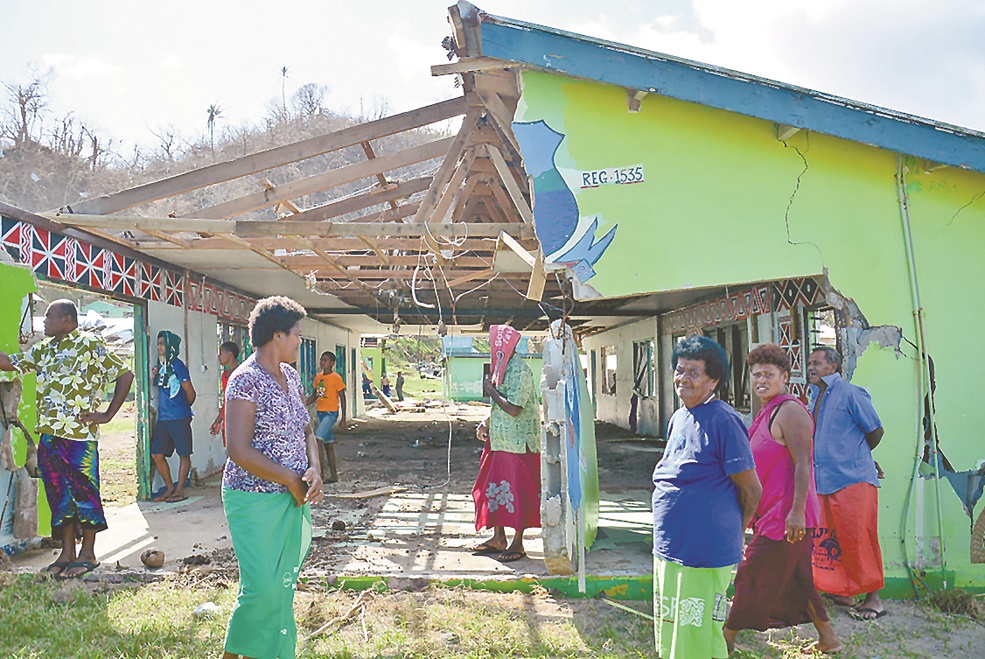 ONLY one building in each of the six schools being rehabilitated on Koro Island is being rebuilt to withstand Category 5 cyclones.

Koro Island was one of the worst hit by Severe Tropical Cyclone Winston in 2016 and promises were made by Government that schools would be rebuilt to withstand storms of similar strength.

Tamara Green, manager project operations at Palladium — the Australian firm hired by the Australian Government to oversee the $10 million works — said only one building per school would be of Category 5 standard, the remaining buildings including classrooms and teachers’ quarters were being built to withstand Category 4 storms.

“BPHCL is contractually required to design and construct one building at each school to Category 5 standard, and the remaining buildings to Category 4 standard,” she said.

“Construction at Nabasovi has been completed and its buildings certified as compliant to these standards.

“BPHCL’s engineering subcontractor has this week inspected the Vunisava, Nacamaki and Qalivakabau schools to assess compliance with the National Building Code. “Palladium is awaiting the outcome of those inspections.

“There are some buildings in Tuatua Primary and Koro Island High School that are still under construction and therefore these two schools have not yet had their National Building Code inspections.”

Questions sent to the Prime Minister’s Office for comment on the issue on February 8 and February 9, and again yesterday remained unanswered when this report went to press last night.