Not a 5-minute job, says PM 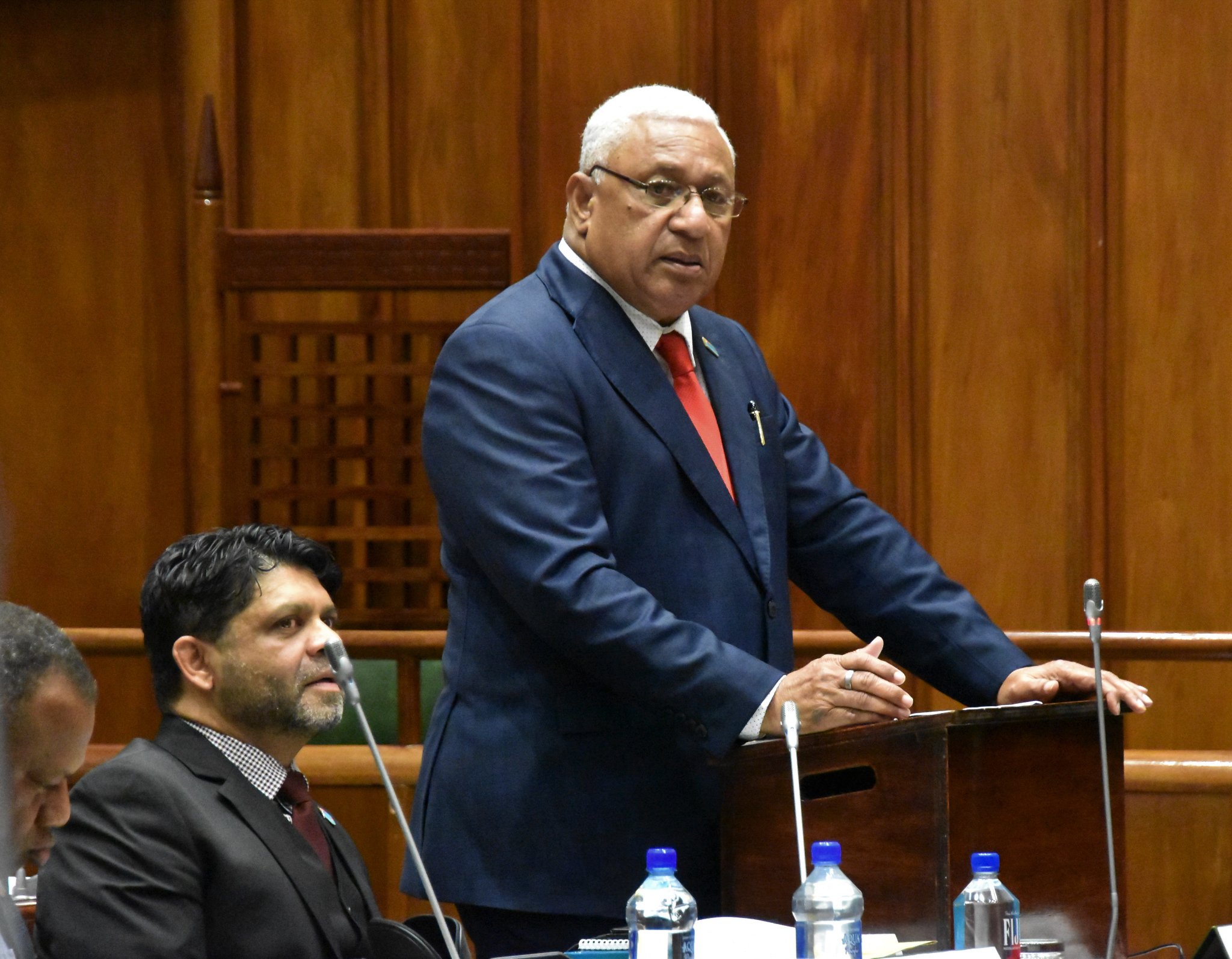 Prime Minister Voreqe Bainimarama while contributing to the debate on the 2022-2023 budget in Parliament. Picture: PARLIAMENT OF THE REPUBLIC OF FIJI

Prime Minister Voreqe Bainimarama told Opposition Leader Ratu Naiqama Lalabalavu that implementing the Reducing Emissions from Deforestation and Forest Degradation (REDD+) “is not a 5-minute job” during discussion on the 2022-2023 budget in Parliament last Friday.

Ratu Naiqama said the REDD+ allocation had appeared for the fourth time in the budget and asked the PM to clarify what formula had “been identified by the project analysts that have come from abroad that will accrue to the landowners”.

“Therefore, in regards to the harvesting of their forests through REDD+, you have indicated it already, honourable Prime Minister, that, that money is going to go to the resource owners,” the Opposition Leader said.

“But we are still waiting for the formula that you are going to adopt for the forests that are going to be covered which are already covered under REDD Plus.” In response, Mr Bainimarama said there was no harvesting of forests.

“The allocation of $3 million has been allocated to the Ministry of Forestry from the American government,” the PM said.

“They are working on whatever the people will want at the end of the day, especially the money that is going to be allocated.

“It is not a 5 minutes job, it takes a while before they come up with the right combination.”

Ratu Naiqama said they fully understood there would be no harvesting of forests and said resource owners were foregoing harvesting their forests because they were protected under the REDD+ program — thus the need for clarity on how they would be compensated.