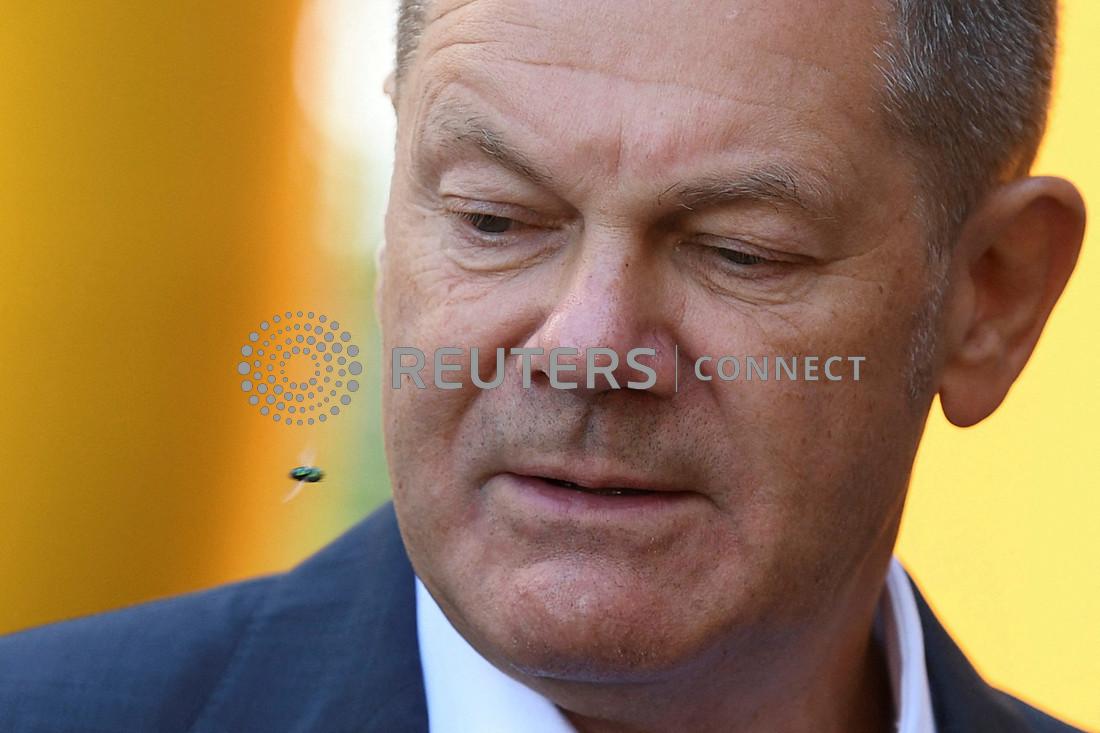 FILE PHOTO: German Chancellor Olaf Scholz looks on as an insect flies, during a visit to the communal power supplier Stadtwerke, to be informed about the energy situation and possible savings in consumption, during a two-day summer tour through his constituency, in Potsdam, Germany August 12, 2022. REUTERS/Annegret Hilse

OSLO (Reuters) – Norway is right to preserve water in its hydroelectric dams in order to secure the country’s power supply, German Chancellor Olaf Scholz said while on a visit to Oslo on Monday.

Norway plans to more tightly regulate its power production and could ultimately limit exports to prevent hydroelectric reservoirs from running out of water in the coming winter, the government has said.

“I very much understand the Norwegian decision making processes, they have to secure electricity production with water and this is a very good job they are doing for the whole of Europe and for Norway,” Scholz told at a news conference.

“They must make sure that there will always be enough water for electricity production in Norway.”

It also opened a new 1.4 GW link with Britain and connections with Sweden, Denmark and the Netherlands have been in operation for many years.

High demand and low precipitation have resulted in low water levels in Norway’s hydropower reservoirs, pushing domestic electricity prices to record highs and prompting some politicians to call for a halt to exports.