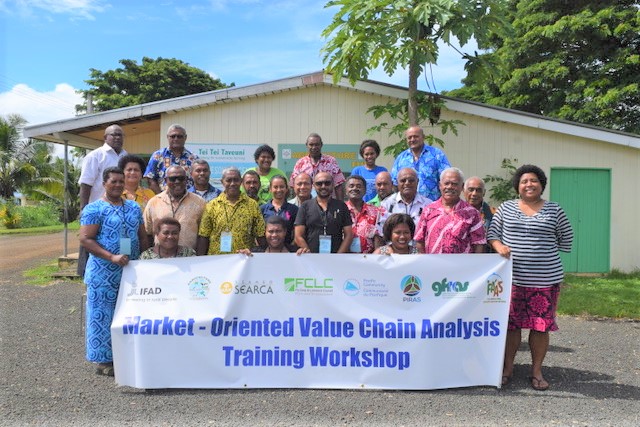 IMPROVED production and income generation opportunities are likely results from some crop and animal farms in the Northern Division.

At least this should be the case for the 19 members of the Northern Grazing Livestock Farmers Association who attended the value chain training workshop — organised by the Fiji Crop and Livestock Council (FCLC) — that was held on Taveuni, Cakaudrove, last month.

The Taveuni session was the first of a series of workshops planned for April and May for five of its commodity associations.

FCLC chief executive officer Jiu Daunivalu said the aim of those training sessions was to improve production, income and livelihoods of crop and livestock farmers.

“There is no single formula for all commodities. Each commodity comes with different market situations and chain integration,” Mrs Daunivalu said.

Farmer Iqbal Hussein, 49, said he and other farmers who attended the training would benefit greatly from the abundant information acquired that were not previously available to them.

“I believe that this workshop has been very useful to all the farmers that attended it because most of us had been stuck to our old methods of production. Now we’ve all managed to learn something new,” Mr Hussein said.

“We also learned how to properly manage our farms through lessons on self-sufficiency. Information on new diseases affecting animals and crops were also provided, along with lessons on legislation regarding our livelihoods,” the former high school teacher added.

Farmers also made site visits to Nagasau and Wainiyaku Estate.