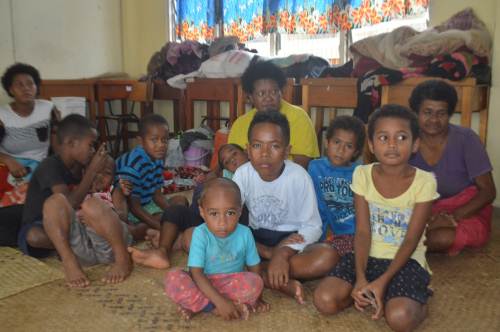 Update: 6:35PM A TOTAL of 384 evacuees are now staying in nine evacuation centres that have been opened in the Northern Division.

Mr Vocea said as the day progressed, his team was closely monitoring the weather and they were expecting more evacuees and centres to be opened throughout the division.

“To date, we are yet to open an evacuation centre in Bua,” Mr Vocea said.

“We are liaising with the national Natural Disaster Management Office in Suva for the evacuees’ food supply.

“However, the good thing is that nearly all the families that have turned up at the centres have prepared well and come with their own supplies.

“This is a sign that people have become wise over the years in responding to disasters.”