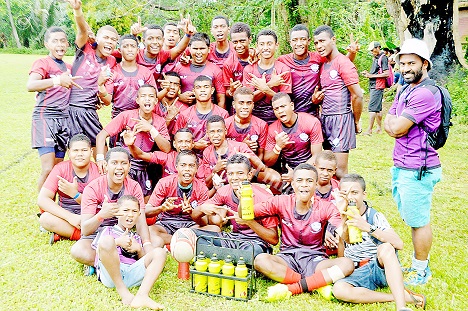 Mr Mainavatuiwai said plans were also underway to have a Northern playoff.

“The playoffs would allow secondary schools in the Northern Division a platform to compete actively in the game of rugby,” he said.

“Focus of the playoffs will be largely on exposing these schools which hardly have a chance to compete in the Eastern Zone playoffs.

Meanwhile, another 12 primary schools within the Macuata Kaji Rugby Zone met in Labasa too.

Games co-ordinator Mario Codro said the competition was a platform for the Macuata divisional competitions scheduled for the first week of next month.

“It is interesting to witness the stiff competition in the Labasa domestic zone competition over the years,” he said.

“This is to show players exposure to national competition which has really developed their know-how.

“Our under-9 and 10s though play tag rugby, which is in my view, a good platform for their interest in the games at a later stage of their participation.”

Mr Codro said after the divisional meet a Macuata team would be selected to represent the provincial zone to the national Kaji meet.