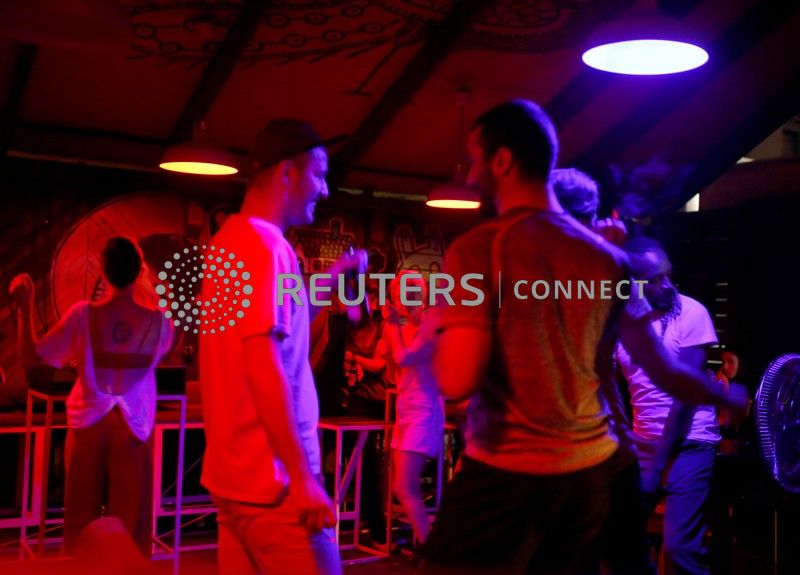 SKOPJE (Reuters) – North Macedonia will host its first Gay Pride march on Saturday, in a test of the conservative Balkan country’s record on respecting minority rights as it seeks to join the European Union.

Gay men, lesbians and other members of the LGBT community continue to face discrimination and hate attacks across the Balkans, though North Macedonia is one of the few countries in the region that has yet to hold a Pride event.

“Discrimination (is present) on the street… I have experienced physical threats. It is an everyday situation,” Kristina Mitrovska, 30, told Reuters as she strolled through the capital Skopje with her 21-year-old partner Irina Gesovska.

“It depends on who you run into,” Gesovska added.

Bobi, a gay man originally from a small town in North Macedonia, echoed that view, saying he had to move to a safe house in Skopje to escape persistent abuse.

“Work, freedom and peace of mind are the main things,” said Bobi, who declined to give his full name and only agreed to give an interview to camera with his face obscured for fear of possible reprisals.

North Macedonia, which is hoping to secure a date to start membership talks with the EU, must improve human and minority rights before it can join the bloc.

Antonio Mihajlov of the rights group Subversive Front said the situation of LGBT people in North Macedonia had improved since the pro-EU Social Democrats and their ethnic Albanian coalition partners replaced the conservative VMRO DPMNE party in 2017 but there was still plenty more to do.

LGBT people in North Macedonia face in particular discrimination in the areas of education, health and welfare protection and hate speech, he said.

Saturday’s march comes on the 50th anniversary of the Stonewall Riots in New York which kicked off the modern gay rights movement.

Many Balkan countries including Serbia and Kosovo have already held Pride marches. Bosnia, another former Yugoslav republic, is due to hold its first such march in September.

Although a number of government officials, including the Minister of Social Policy Mila Carovska, said they would join Saturday’s march, right-wing organizations have scheduled a rally at the same time in central Skopje.

In posts of social networks, several such groups branded LGBT people as the “spawn of Satan”.

North Macedonia earlier this year changed its official name from Macedonia after reaching an agreement with neighbouring Greece that ended a decades-old dispute and opened its path to NATO and EU membership talks.