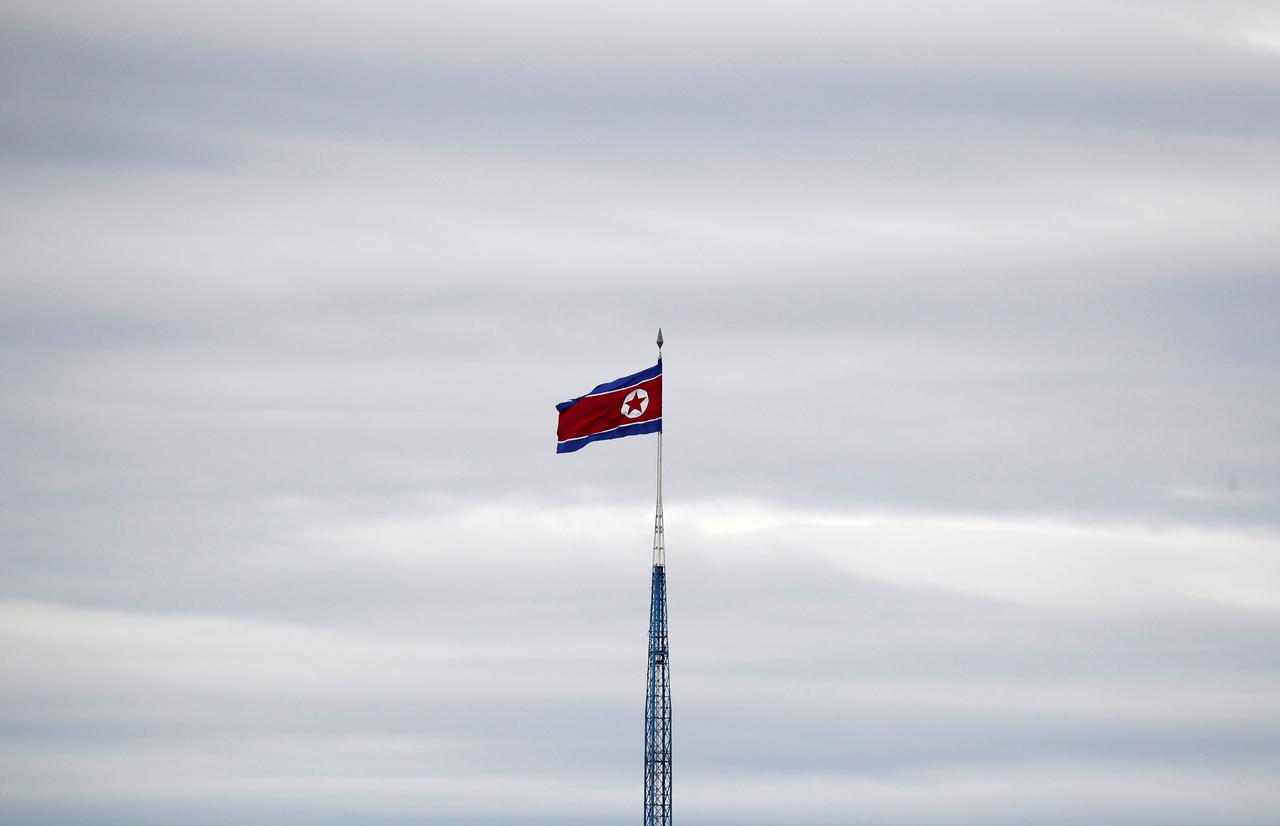 FILE PHOTO: A North Korean flag flutters on top of a 160-metre tower in North Korea's propaganda village of Gijungdong, in this picture taken from the Tae Sung freedom village near the Military Demarcation Line (MDL), inside the demilitarised zone separating the two Koreas, in Paju, South Korea, April 24, 2018. REUTERS/Kim Hong-Ji

SEOUL (Reuters) – The sister of North Korea’s leader has warned South Korea to stop defectors from sending leaflets into the demilitarized zone separating the countries, saying it may cancel a recent bilateral military agreement if the activity persists.

Kim Yo Jong, who serves unofficially as Kim Jong Un’s chief of staff, issued the warning in a statement carried by state news agency KCNA on Thursday.

She was referring to thousands of “anti-DPRK leaflets” recently dumped along the North’s side of the heavily fortified DMZ titled “Defectors from the North”.

DPRK, or the Democratic People’s Republic of Korea, is the North’s official name.

“If such an act of evil intention committed before our eyes is left to take its own course under the pretext of ‘freedom of individuals’ and ‘freedom of expression’, the south Korean authorities must face the worst phase shortly,” the KCNA statement said.

Kim Yo Jong warned of the possible scrapping of the inter-Korean military agreement that promised to eliminate practical threats of war as a result of the clandestine leafletting.

The military pact reached in 2018 was “hardly of any value”, she said.

She also warned the North will completely withdraw from the Kaesong industrial project and shut down the joint liaison office in the North’s border city, unless Seoul stopped such actions.

The KCNA report did not single out any individuals for blame in the leaf-letting. But Kim Yo Jong’s comments come after a former North Korean diplomat and another North Korean defector won parliamentary seats in South Korea’s general election in April.

Kim Yo Jong has been the most visible presence around her brother in the past two years. She serves formally as a vice director of the ruling Workers’ Party’s powerful Central Committee.