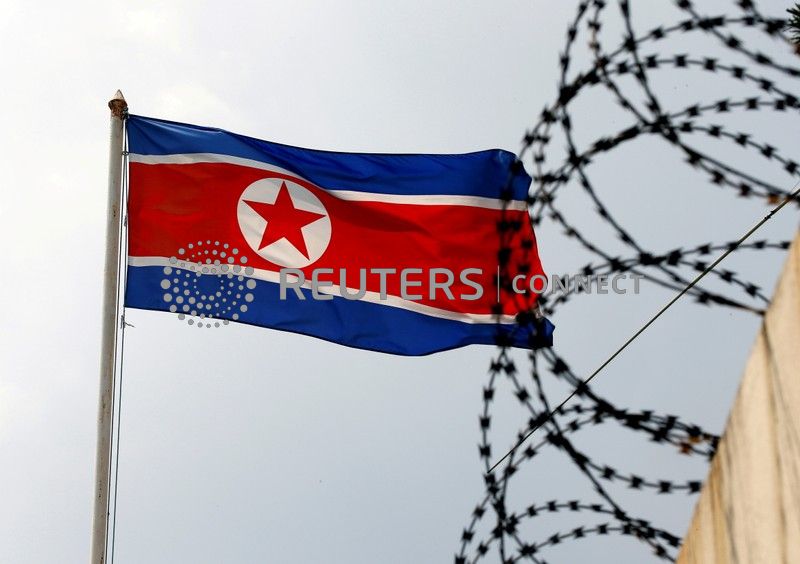 Japan also reported the launch, with chief cabinet secretary Hirokazu Matsuno condemning it as a threat to peace and security while China urged all sides to preserve for stability.

“We call on relevant sides to keep in mind the overall peace and stability on the peninsula,” Chinese foreign ministry spokesman Zhao Lijian told a daily briefing in Beijing when asked about the suspected launch.

Nuclear-armed North Korea had already conducted three other missile tests in less than two weeks before Monday, an unusually rapid series of launches. It said two of them involved single “hypersonic missiles” capable of high speed and manoeuvring after launch, while a test on Friday involved a pair of short-range ballistic missiles fired from train cars.

Japanese Defence Minister Nobuo Kishi said the missiles appeared to have landed in the ocean off North Korea’s east coast and it was evident that North Korea was using the frequent launches to improve its missile technology.

“The repeated launching of North Korea’s ballistic missiles is a grave problem for the international community, including Japan,” Kishi told reporters, noting that the tests were a violation of U.N. Security Council resolutions that ban North Korea from all ballistic missile development.

The U.S. military’s Indo-Pacific Command said that the launch did not pose an immediate threat to the United States or its allies, but that “these missile launches highlight the destabilising impact of (North Korea’s ) illicit weapons programme”.

The pace of testing suggested that North Korea had enough missiles to feel comfortable about using them on tests, training, and demonstrations, and they reinforced its deterrent credibility by emphasizing the volume of its missile force, said Mason Richey, a professor at Hankuk University of Foreign Studies in Seoul.

North Korea has not tested its longest-range intercontinental ballistic missiles (ICBMs) or nuclear weapons since 2017, but after denuclearisation talks stalled in 2019, it began testing a range of new SRBM designs.

Many of the latest SRBMs, including the hypersonic missiles, appear designed to evade missile defences. North Korea has also vowed to pursue tactical nuclear weapons, which could allow it to deploy nuclear warheads on SRBMs.