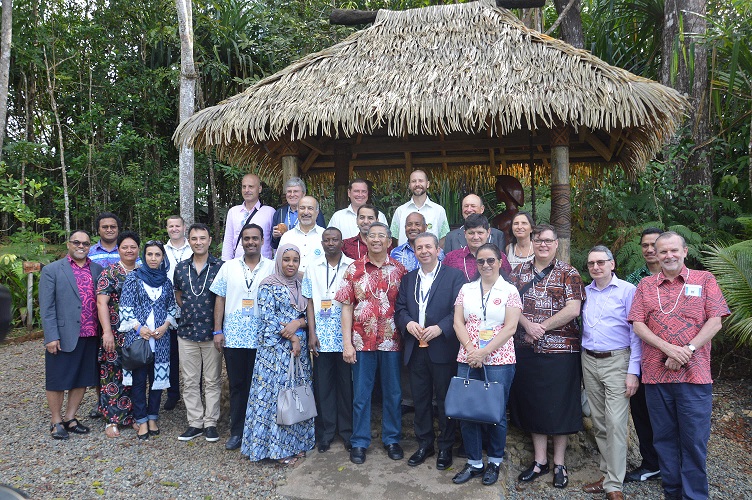 Non-resident diplomats from Australia and New Zealand take a break during their tour of the Colo-i-Suva Forest Park today. Picture: LUKE RAWALAI

MORE than 20 non-resident diplomats from Australia and New Zealand visited the Colo-i-Suva Park on an appreciation tour earlier today.

The diplomats who are in the country for a week-long tour also had a chance to learn about Fiji’s indigenous native trees species and its forest resources.

Receiving the team today, Ministry of Forests permanent secretary Pene Baleinabuli said it was an honour to have them visit the park.

Mr Baleinabuli said the diplomats also had a chance to meet the landowners of the park.

“They also came in to plant trees contributing to the ministry’s 4 million tree initiative,” he said.

Diplomats also visited other sites within the Nausori-Suva corridor as part of their appreciation tour.