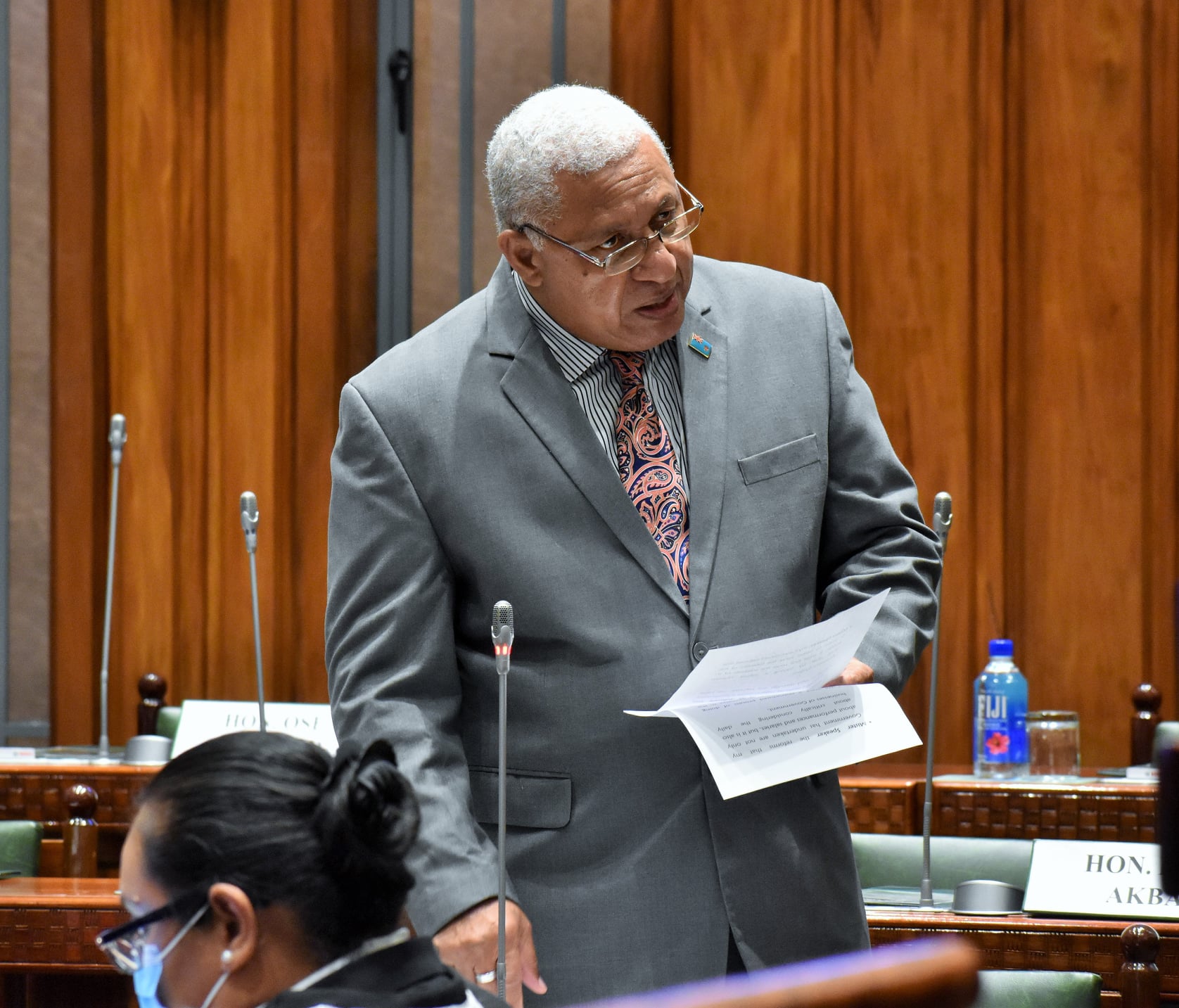 “Nobody gives a damn.”

That was Prime Minister Voreqe Bainimarama’s response to National Federation Party MP Lenora Qereqeretabua’s view on how the PM and Attorney-General Aiyaz Sayed-Khaiyum were running the country.

While speaking on the Biomedical Services Procurement of Equipment Review report in Parliament on Wednesday, Ms Qereqeretabua said, “It is now proven beyond any reasonable doubt whatsoever that the honourable prime minister and his right-hand man, the honourable Attorney-General and Minister for Economy and everything else, are the pied pipers of Fiji, leading us to ruin because their ‘my way or the highway’ approach is a catastrophe.”

“I have been around for a long time and sarcasm from honourable Qereqeretabua in her last statement doesn’t hold any water,” he said.

“No big deal, the Chileans call that ‘poke in the eye’. “Nobody gives a damn.”

Ms Qereqeretabua also called on the FijiFirst Government to reset their moral compass for the sake of the survival of more than 50 per cent of the people of Fiji.