No World Cup for Hayne as Semi’s stocks soar 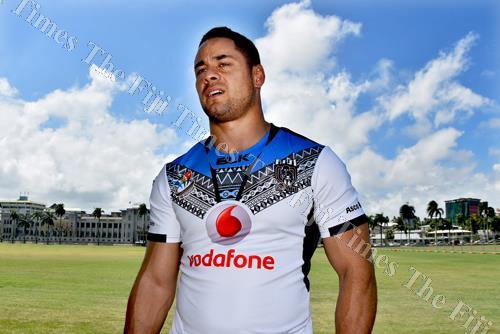 SUVA, 28 SEPTEMBER 2018 (FOX SPORTS) – The prospect of Jarryd Hayne playing at next year’s Rugby World Cup is over after Fiji coach John McKee said the NRL star had left a potential code switch too late.

While the Parramatta Eels great remains off contract for next season, McKee — who had previously shown interest in Hayne — said the code hopper was no longer in his plans.

“There’s nothing happening there with Jarryd,” McKee told foxsports.com.au.

In February, rugby’s rumour mill was in overdrive about Hayne plotting an audacious World Cup bid with a club season in either France or Japan a conceivable pathway.

“There’s obviously been talk around the camp that Jarryd’s potentially coming to play for Fiji,” star Fiji winger Nemani Nadolo told foxsports.com.au at the time.

“Hearing that Jarryd Hayne might be coming across again is pretty exciting.”

Hayne had a brief flirtation with sevens rugby after sensationally quitting the NFL in 2016 in a failed bid to play for Fiji at the Rio Olympics.

While Hayne won’t be playing at the World Cup in Japan, his former Eels teammate Semi Radradra is front and centre of McKee’s plans.

The 26-year-old has dazzled in rugby since moving to France last year.

On the back of a brilliant debut season for Toulon, Radradra showed off his freakish skills for the Barbarians in their upset win over England in May and also scored a try in his first Test for Fiji against Georgia in June.

McKee said Radradra was quickly developing into one of the world’s premier players.

“He really hit the ground running as soon as he got to Toulon and now this year at Bordeaux,” McKee said.

“He played for us against Georgia and had a very sharp day, and was quite instrumental in our win in his debut for the Flying Fijians.

“He’ll be with us on our November tour and he’ll be there at the World Cup, and he can be one of the stars of the tournament.”

Fiji will play Scotland, Uruguay and France in November.