No UK ministers will be resigning over Brexit policy – environment minister 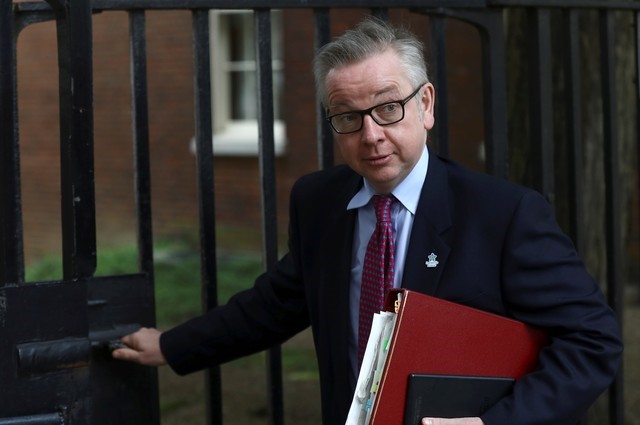 LONDON (Reuters) – British Prime Minister Theresa May will not face any ministerial resignations after a meeting of her senior ministers on Friday to resolve differences over leaving the European Union, her environment minister Michael Gove said on Wednesday.

“I don’t think so, no,” Gove told the BBC in an interview when asked if any ministers will be resigning.

Gove, a prominent campaigner for leaving the European Union during the 2016 referendum, said the prime minister should be allowed to present her case on Friday, and the cabinet will agree a united position.