No talks on chiefly installation 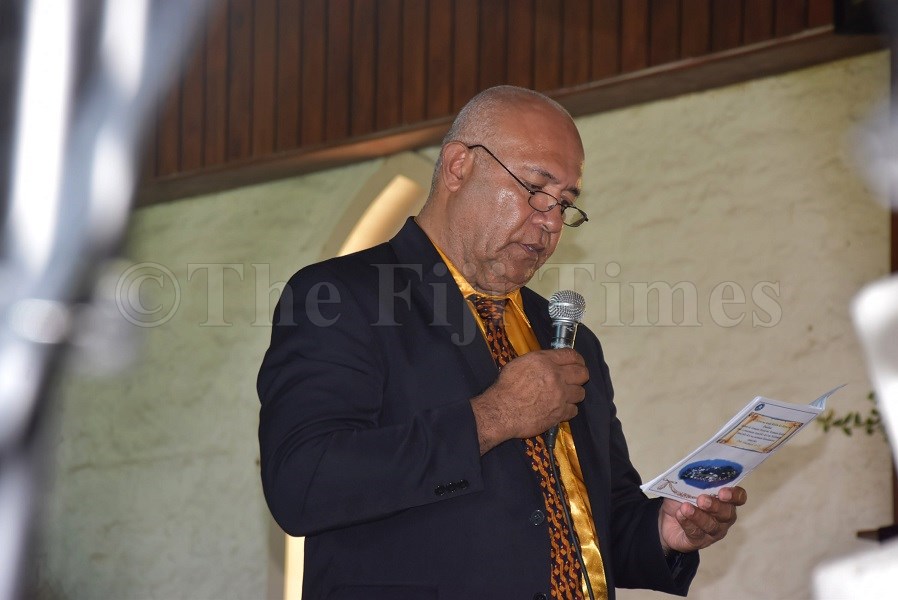 Ratu Timothy Daniel during the church service of his installation as the Roko Tui Bau on October 28, 2017. Picture: FT FILE/JONACANI LALAKOBAU

There has been no recent talk on the issue surrounding the installation of the Vunivalu of Bau, says Roko Tui Bau Ratu Timothy Daniel.

He highlighted this during an interview with this newspaper yesterday and said he would not be able to respond to comments made by Ratu Epeli Nailatikau.

He said the head of the Kubuna Confederacy was the Vunivalu of Bau – a position that has remained vacant for some time.

Ratu Timothy said the matter was a sensitive issue and it would be best to leave it to the family to sit and sort it out.

He also said the Native Lands Commission (NLC) would be able to respond to what Ratu Epeli had said.

Ratu Timothy said an evangelism crusade was taking place on the island of Bau and hopefully talks on the issue could be addressed after.

In 2018, the NLC had directed the Fiji Police Force to stop the installation of Ratu Epenisa Cakobau as the Vunivalu of Bau because proper protocols were not followed.

The NLC has yet to respond to the comments made by Ratu Epeli and questions on what processes need to be followed before the installation of the Vunivalu of Bau.