No rules for England’s Lionesses ahead of World Cup – Neville 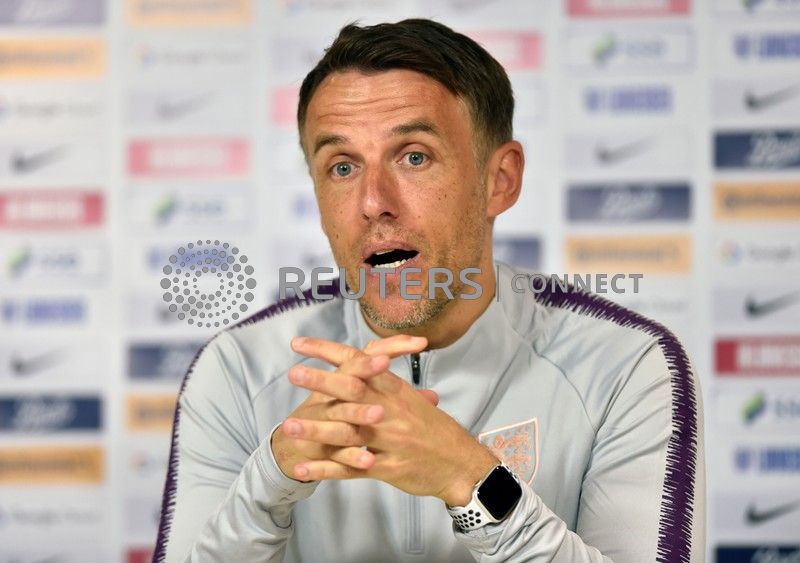 (Reuters) – England coach Phil Neville says he will not impose any rules on his squad because he trusts the players to train at “world class” levels ahead of the women’s World Cup in France.

The Lionesses play their final warm-up match against New Zealand at Brighton and Hove Albion’s Amex Stadium on Saturday, ahead of their World Cup opener against Scotland on June 9.

Neville believes micro-managing players over the next six weeks would be disrespectful to them and could be a hindrance in their quest to improve on a third-placed finish in 2015.

“We don’t have rules within the camp. We just have to show respect. On Thursday when they had the time off, they asked ‘what time do you want us in?’,” Neville told reporters.

“You come in when you feel like you need to come in to prepare yourself to be absolutely world class in training.

Neville, who himself featured in England’s squad at three European Championships, is working hard to protect his players in the face of the high expectations.

“What we tend to do is to allow them to act like they would at home,” he added. “They go to the training ground, they train, they are intense, are in this little bubble and when they go away they can switch off.

England eased past Demark 2-0 last weekend and will aim to secure their third consecutive win when they meet 19th-ranked New Zealand, who will also feature at the World Cup.