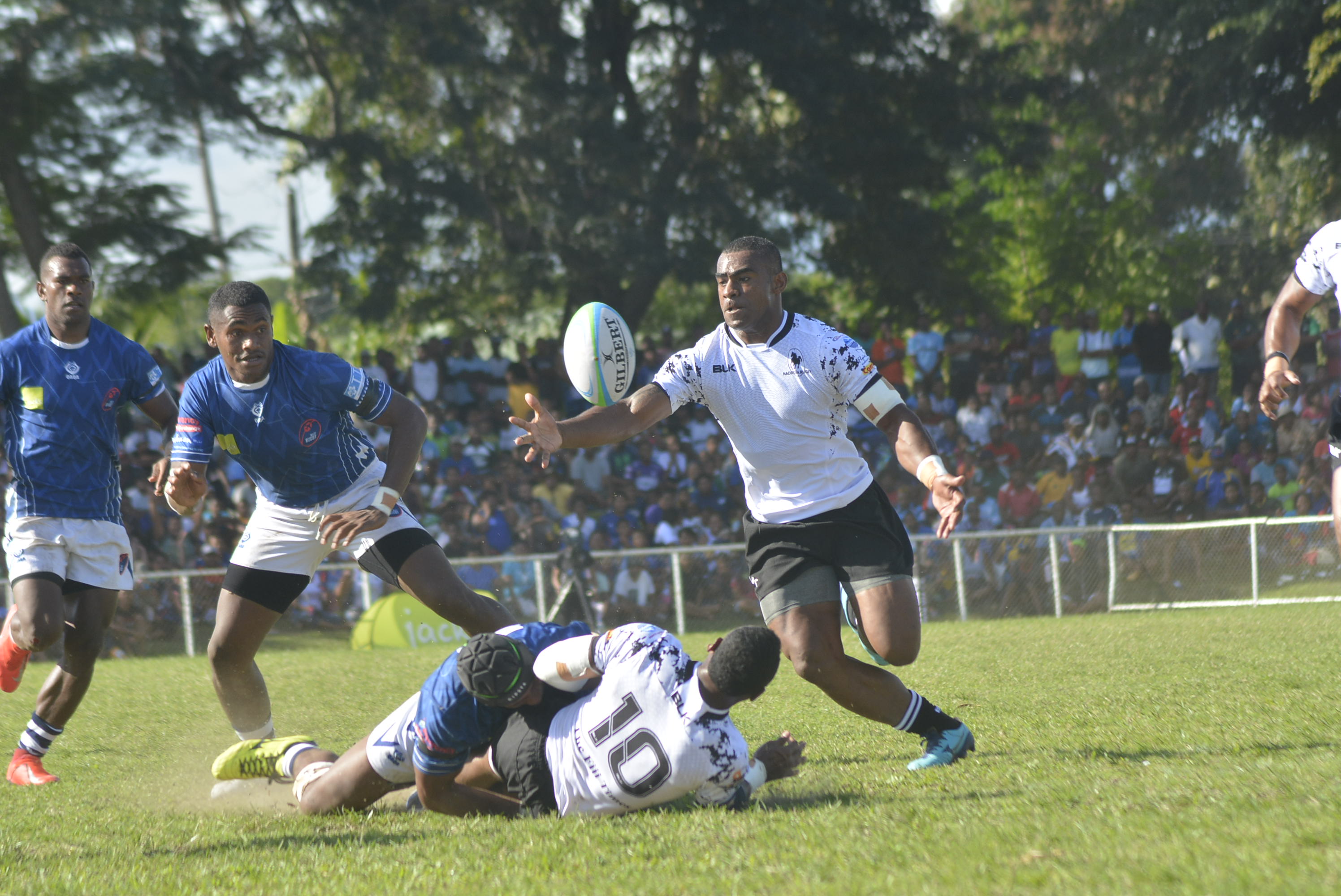 Nadroga's Amenoni Nasilasila gets support from Joeli Lutumailagi as he is brought down by Nadi defence during the Farebrother Trophy challenge at Prince Charles Park in Nadi yesterday. Picture: REINAL CHAND

THE Nadi Rugby Union has no regrets of losing the coveted Farebrother-Sullivan Trophy to arch rival and neighbour Nadroga yesterday.

The Jack’s of Fiji sponsored team went down 20-3 to the BLK sponsored Stallions in front of a massive crowd of more than 10,000 fans at Prince Charles Park.

With a rich history for the prized trophy, the two teams met for the first time in 15 years and the passion for their game and the silverware did not disappoint as the fans who kept into pouring into Prince Charles Park even after kick-off.

Some spectators including tourists who had paid for the $10 seating at the AD Patel Stadium were forced to sit on the ground in front of the pavilion fence to watch the fixture.

Tuilakeba said the Nadi team had achieved its goal for the season by reaching the semi-final of the Skipper Cup.

He said winning the Farebrother-Sullivan Trophy against Naitasiri last weekend was a bonus for them.

Tuilakeba said they set a development plan for three years and this year they achieved their target of finishing in the top four of the Skipper Cup competition.

“Next year we want to win the semi-final and then go a step further by winning the title the following year,” he said.

“Winning the Farebrother is a bonus for us. For Nadi, rugby is in our blood. Nadi and Nadroga have a rich history in the Farebrother Trophy challenges. Nadi was once a powerhouse in rugby and now we are returning to that fold.”

It was also the last time the side had won the provincial championship known as the Digicel Cup.

“We had a good franchise competition and selected an extended squad. The boys went through the strength and conditioning program. The diet of the players was regularly monitored.

“It is a big turnaround from the last season where we were nearly relegated to the B Division. We only survived after gaining a point against Suva in the last game.

“The big crowd was expected and it is good for the game which shows that there is a lot of passion for rugby between the two teams.”