No plans to up or drop Fijian recruits to British Army 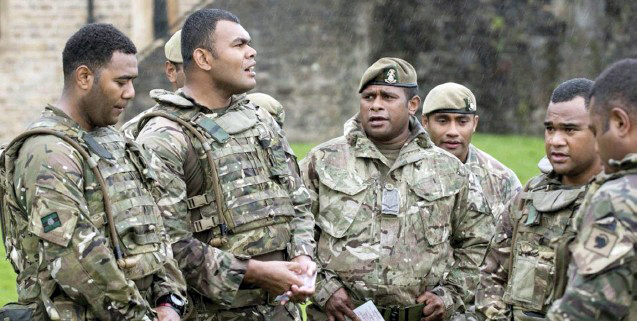 THERE are approximately 1350 Fijians serving in the British Army.
This was revealed by Major Darren Dangerfield, the British Army Support Officer based at the British High Commission in Suva, Fiji.
Major Dangerfield said there were no plans to increase or decrease the recruitment of Fijians to join the army.
“No movement either way, the average of 200 Commonwealth citizens per annum still remains,” Major Dangerfield said.
He added the number of Fijians serving in the army had decreased over the last few years.