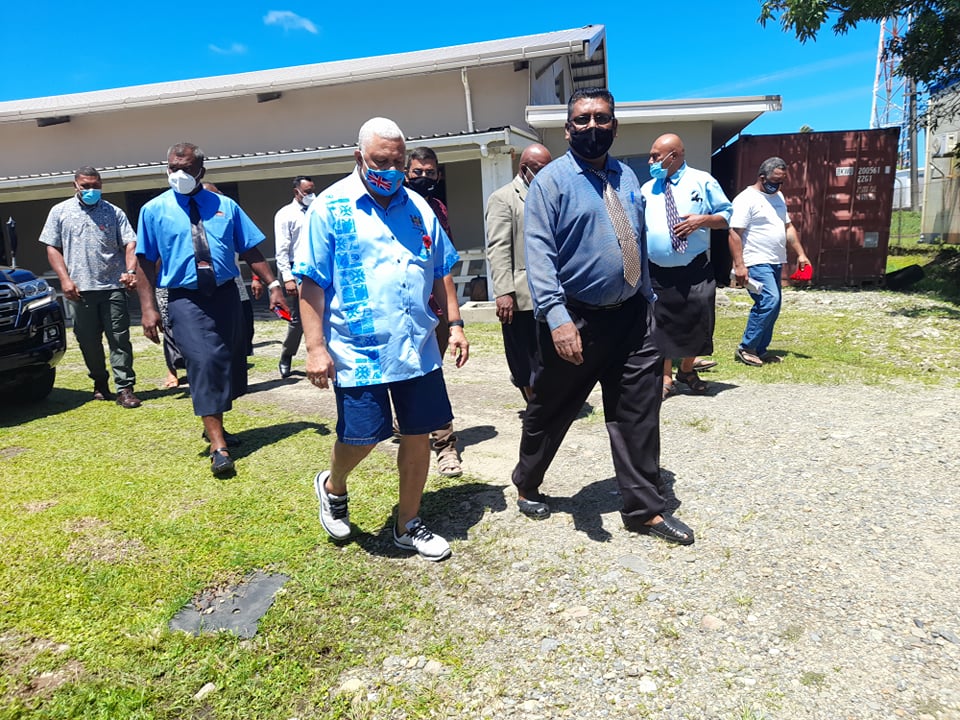 Health officials in Navua were yesterday told not to allow anyone over to Beqa Island until villagers on the island reach the 80 per cent vaccination threshold.

This was the directive from Prime Minister Voreqe Bainimarama during a brief meeting with Namosi-Serua sub-divisional medical officer Dr Kapil Swamy in Navua yesterday.

He was accompanied by an entourage of senior government officials, including the Minister for Health and Medical Services, Dr Ifereimi Waqainabete.

His wife, Mary, was also part of the tour.

“Do not let anyone there until 80 per cent of people on the island get the second dose,” Mr Bainimarama said.

He said some villagers had refused to get vaccinated.

He said it was good to finally cross over at Wainadoi and travel to the Western Division for official engagements since the containment border was lifted.

Mr Bainimarama also commended the work carried out by the COVID-19 task force based at the Navua Hospital.

While presenting COVID-19 case updates, Dr Swamy said 50 per cent of people on Beqa Island had received the vaccine and they hoped to reach 60 per cent in two days’ time.