No need for panic but All Blacks must be smarter, says Hansen 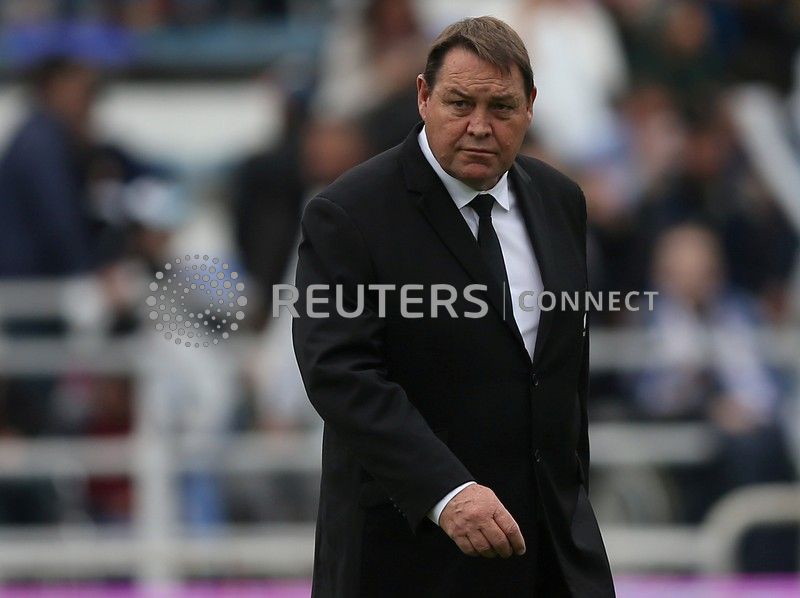 SYDNEY (Reuters) – The All Blacks have rarely been at their best in the southern hemisphere championship in World Cup years and coach Steve Hansen is not about to push the panic button despite his side shipping a record 47 points in a loss to Australia in Saturday.

The 47-29 loss means New Zealand’s decade-long reign at the top of the world rankings will come to an end if Wales beat England later on Sunday but Hansen was far more concerned about the poor decisions his players made in Perth.

Scott Barrett becoming only the fourth All Blacks player to be sent off in a test was the most obvious transgression but there was also a penalty given away by flanker Ardie Savea for a slap to the head of Australia skipper Michael Hooper.

“That’s dumb footy and we’ve got to be smarter than that,” Hansen told reporters in Perth.

“Our changing shed is very disappointed and that’s how it should be. We didn’t perform to the standard that we should do and Australia gave us a lesson in what to do when you have a side down by one man.

“I know the scoreboard is fairly massive,” he added. “47 points. Not often we get that many scored against us. But at 16-12 we are in the game at halftime and then Scotty gets sent off and it’s a different game.”

The World Cup seasons of 2011, 2015 and now 2019 are the only years when New Zealand have not won the Rugby Championship over the last decade with All Blacks coaches preferring to experiment and keep their eyes on the main prize.

Starting Savea at blindside flanker for the first time was one such experiment and it might not be persisted with after the hard-running Wellingtonian was penalised with regularity throughout the match.

Lock Barrett’s red card for a shoulder charge on the head of Hooper presents Hansen with another headache ahead of the World Cup opener against South Africa in Yokohama on Sept. 21.

The 25-year-old will face a judicial hearing on Sunday and could be banned for up to six weeks, further depleting the stocks of second row forwards after former world player of the year Brodie Retallick dislocated his shoulder two weeks ago.

“You’ve got about five balls in the air at the moment,” Hansen said.

“We don’t know what’s going to happen with Scotty, that’s another ball that’s in the air. All we’ve got to do is stay calm and wait and see where those balls land.”

The good news for the All Blacks is they will have a chance for immediate revenge over the Wallabies in the second Bledisloe Cup test next week at Eden Park, where they have not lost to Australia since 1986.

“It’s a big game,” said Hansen. “It’s always a big game. We have been here before, in 2015 it was exactly the same scenario.

“As I said, don’t push the panic button, push the button that says we’re going to get the discipline right, we’re going to make our tackles, get our game structure right and turn up and play well.”