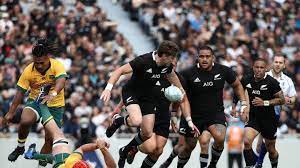 Crisis talks between New Zealand Rugby and the players’ association will spill over into next week as the two parties look to find a resolution in the $465million (US$326million) private equity deal on the table from Silver Lake. Picture: STUFF

WELLINGTON, 03 APRIL 2021 (STUFF NZ) – Crisis talks between New Zealand Rugby and the players’ association will spill over into next week as the two parties look to find a resolution in the $465 million(US$326million) private equity deal on the table from Silver Lake.

NZ Rugby chief executive Mark Robinson spoke to media in Auckland on Thursday about the ongoing process involved in what he sees as a “transformational” opportunity with United States technology investment company Silver Lake for a 15 per cent stake in the organisation’s commercial rights.

After an announcement confirming NZ Rugby had changed provincial championship sponsors to Bunnings Warehouse (almost completing the full set of building supply companies in the competition’s history), Robinson addressed the latest on discussions over the Silver Lake offer.

NZ Rugby needs the players’ association to sign off on the deal, and Robinson confirmed that remained a work in progress after mediation between the two parties got under way on Wednesday.

“We had a day yesterday and we’ve got some more time next week,” Robinson told reporters at the Ponsonby Rugby Club after declining to take questions on the deal during the sponsorship press conference. “We’ve got a couple of days set down for next week and we’ll understand better at the end of that.”

But the NZ Rugby boss, who is strongly backing the investment opportunity as a game-changer during brutal financial times, would not reveal any detail on what may or may not be the key issues the players have over the deal.

“I’m not talking about mediation at all,” he added. “That’s part of the agreement we have and I’m happy to honour that.”

A letter from the players’ association, and signed by senior All Blacks, outlining their concerns and offering some suggestions had been sent to NZ Rugby in January, though Robinson once again shrugged off the significance of that document.

“We’ve shared our views with [NZRPA chief executive] Rob [Nichol] around that. That letter was something that came to us two months ago. A lot of time has passed on. When we caught up with the players earlier in the week and recently they’ve certainly moved on.

“But I’m not going into the detail of that.”

Asked by Stuff if NZ Rugby had a “duty of care” to take the players’ concerns around detail of this deal into account, Robinson indicated his obligations went far beyond the country’s top All Blacks.

“We have 160,000 players in this country and we have a country of 5 million people who care incredibly deeply about the game,” he said. ”We understand we have a duty of care to everyone that’s associated with the game at the moment and we’re taking that responsibility really seriously.

“We’ll keep talking with all our stakeholders. There are ongoing conversations with our provincial unions, as there are with the players, and they’re all really constructive and they’re all fair and reasonable and the right thing to be doing.”

NZ Rugby has done the rounds of the provincial unions to present on the private equity offer and are working through similar discussions with the Super Rugby franchises and other key partners.

Robinson confirmed everything was operating towards a deadline of the annual meeting later this month.

“We are working to the AGM as the most hopeful time-frame to make a decision, but in between now and then there are lots of meetings and different levels of consultation going on constantly,” he added.

“We’ve been in clubrooms like this, we’ve been around provincial union boardrooms, we’re meeting with Rob and the players. That’s part of this process we’re really committed to.

“We want to be in a position when we get to a time of ultimately people making a decision where they’re really comfortable with it, they feel like they’ve got all the information they need to make a decision and we’re able to get on with it.”

But Robinson quickly shut down a suggestion from one media outlet who wondered if NZ Rugby had invested in a marketing campaign around the benefits of the Silver Lake deal.

“No. I’m not sure if you’re aware Covid has been going on and we don’t have a lot of resource to do anything. That is not something we’ve been focused on.”

The money is hugely significant, with the investment representing a $3.1 billion(US$2.1 billion) valuation of NZ Rugby Inc, of which the All Blacks represent the primary product.

The players clearly want their interests represented. NZ Rugby desperately needs the money. Some middle ground must be found.