No Green Jacket but Rahm still has reason to smile 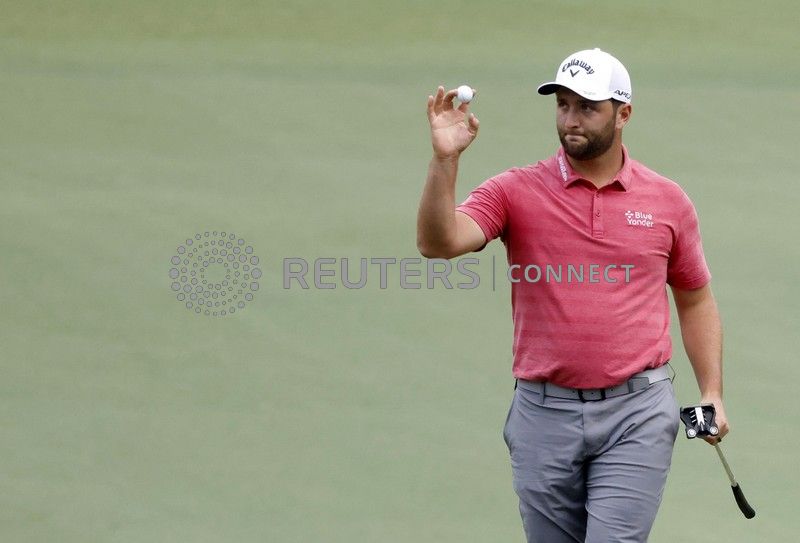 AUGUSTA, Ga. (Reuters) – Jon Rahm had double reason to smile on Sunday carding a final round six-under 66 to claim a top five Masters finish and a picture of his new born son.

It may not have been the Green Jacket waiting for Rahm as he walked off the 18th green but a 66 or 96 it did not matter said the world number three, who was still basking in the glow of his new born son last weekend.

“I finish the round and I get a picture from (his wife) Kelley, and no matter what I do, if I shoot 80 or 65, it’s the same feeling,” said Rahm, the fiery Spaniard exuding a new calm. “You kind of forget, and I’m a parent again.”

Having arrived at Augusta National with little practice and little sleep Rahm could not quite get his game in top gear carding three consecutive rounds of even par 72 that left him a massive 11 shots back of front running Hideki Matsuyama at the start of Sunday play.

Rahm had given himself little chance of getting his hands on a Green Jacket but after a birdie at the 12th glanced up at the scoreboard and his thinking changed.

“That’s kind of what I was thinking.”

Rahm, however, was only able to add one more birdie after the 12th and Matsuyama refused to buckle under the mounting pressure claiming a one shot victory over Will Zalatoris.

“It’s golf. What am I going to do?,” said Rahm. “I showed up here Thursday mid-morning, haven’t hit a shot in six days, very little sleep.

“To be honest, I wasn’t expecting to play as good as I did early on.”