‘No arms, ammunition will be kept at centre’ 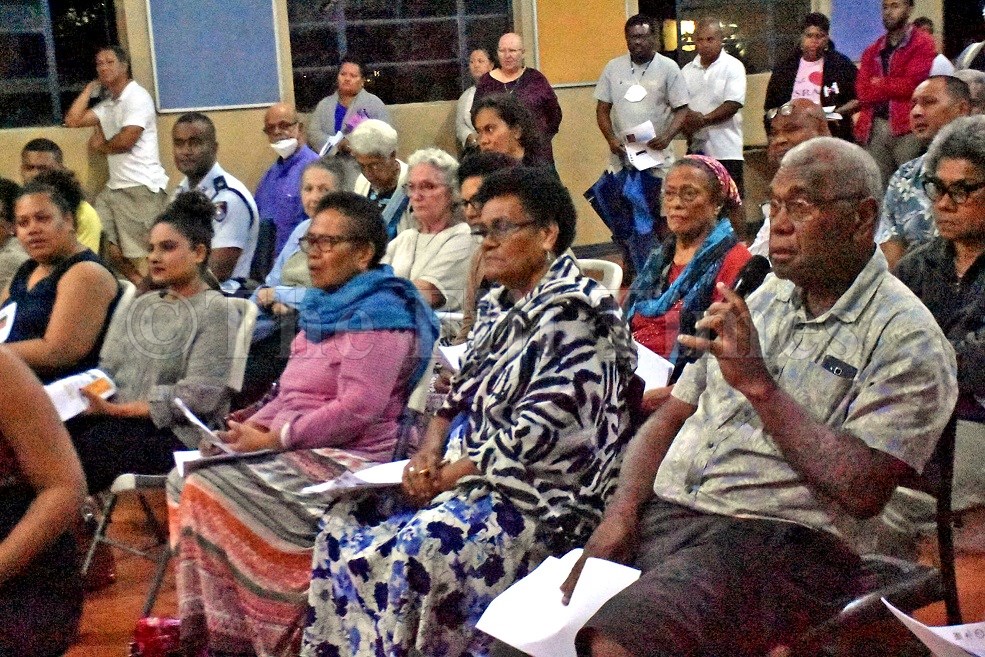 Lami residents have been told that no arms and ammunition will be kept at the proposed Maritime Essential Services Centre (MESC) on Naimawi St.

They were also informed the MESC could not be established at Togalevu because of ground integrity issues and could not be built at the Bilo Battery gun site because it was a national heritage area.

This was explained to Lami residents who opposed the $56 million facility being built at Naimawi St at a consultation held last week.

Defence Ministry officials explained that a geo-tech assessment was conducted and concluded that the land at the Togalevu Naval Base was not viable for construction of a two-storey building or anything more than that.

They also said establishing a 3DP coastal radio station at Togalevu which would broadcast alerts and warnings to mariners was not viable in terms of the altitude.

The Defence Ministry officials said it needed to be located close to the water but “at a certain altitude” to fully cover Fiji’s exclusive economic zone (EEZ).

They said the Bilo Battery gun site was ruled out because of it being a national heritage area.

According to the ministry, the proposed site was a civic zone which meant it belonged to the crown state.

In contrast to previous consultations, a large number of Lami residents gathered at the Lami Catholic church hall and asked questions at the authorities. When asked whether arms and ammunition would be seen once construction was completed, Defence Ministry officials said the project was not a military facility and it was not to militarise the area in any way.

The Defence Ministry staff said the objective of the consultation exercise was to address some of the issues raised during a community awareness held on Monday, August 1.

They said the first consultation was conducted in July 2019, the second in December 2021, which was followed by the third local industry engagement forum in February 2022, a sevusevu to the land owners in July 2022 and further consultations in August this year.