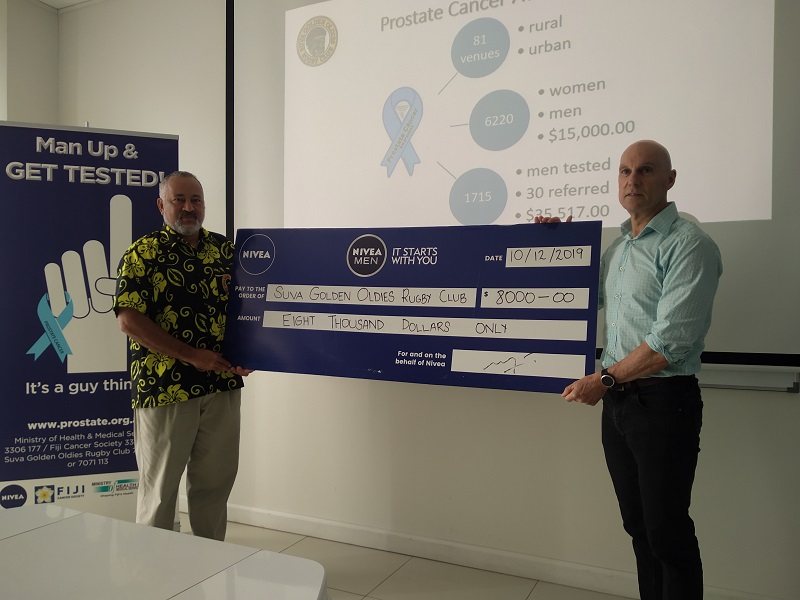 “Prostate Cancer Awareness has saved a lot of men’s lives,” he said.

“The Suva Golden Oldies Club is a testament to that because they’re always passionate about creating awanress on prostate cancer.”

Suva Golden Oldies Club President Mason Smith acknowledged the support shown by Nivea Men and said the work they do could not be possible without partnerships such as this.