Nine changes in Fijiana side for Samoa clash 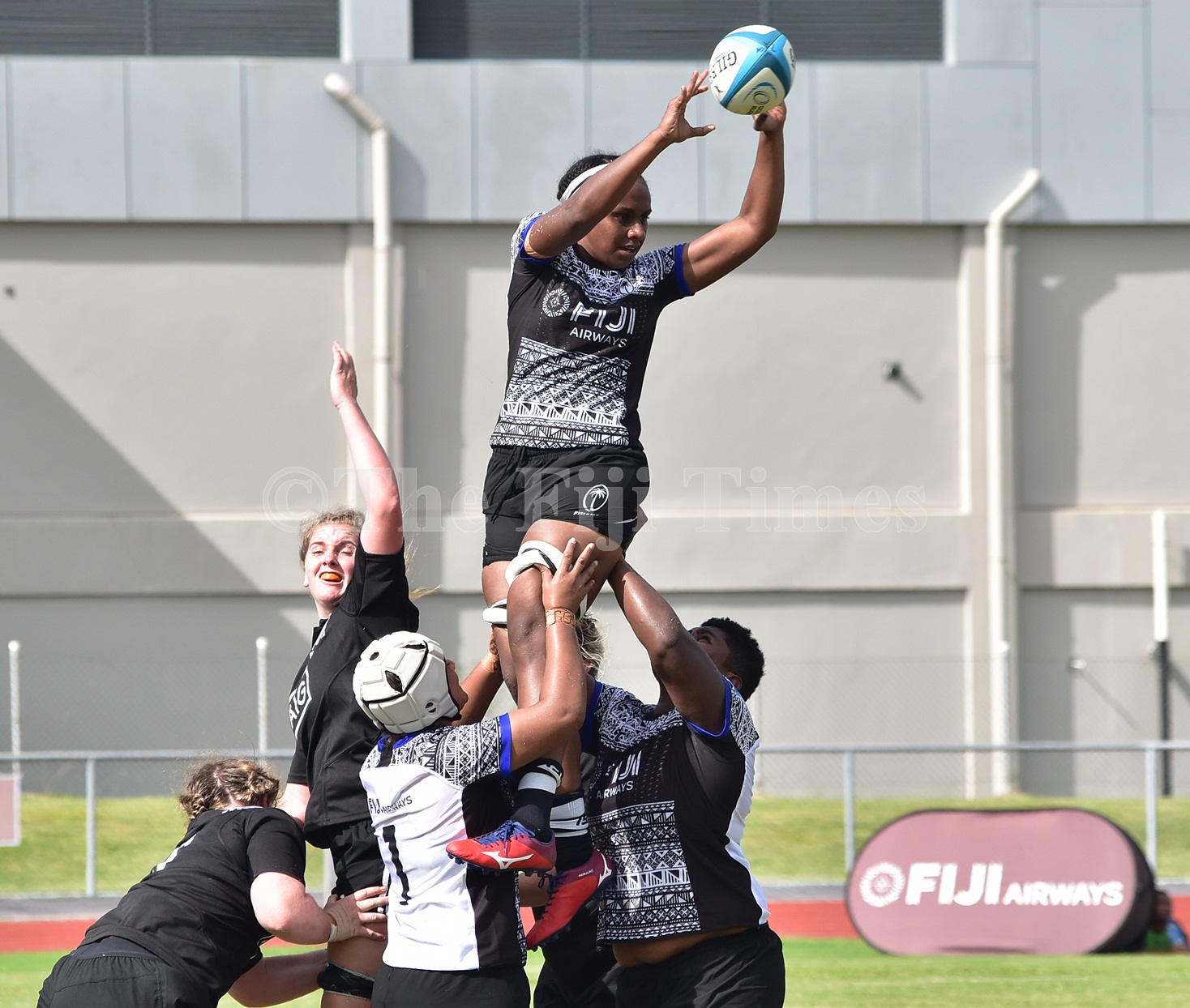 Laisa Taga wins a lineout for Fijiana Fiji side against New Zealand Back Ferns Development during their clash at Churchill Park in Lautoka. Picture: BALJEET SINGH

FIJI Airways Fijiana coach Alifereti Doviverata has made nine changes to his run on side for the round two clash against Manusina Samoa in the Oceania Rugby World Cup qualifiers at Churchill Park in Lautoka tomorrow.

Fiji Airways Fijiana 7s players Rusila Nagasau and Lavenia Tinai joined the camp earlier this week and have been included in the 23-member squad.

In the backline, Raijieli Ulunivanua earns her first start at half-back combining with Lavena Cuvuru at fly-half.

Priscilla Siata switches to left winger while Elenoa Adinaimata comes in at right.

Rusila Nagasau will start at inside centre, Mela Matanatabua is at 13 while Alosi Nakoci will be at fullback.

Doviverata said the players have worked hard following their opening round and have polished a few key areas ahead of this vital match against Samoa.

“We’ve continued to focus on what we need to strengthen and add those needed elements to prepare the girls for their next match” he said.

The match against Manusina Samoa is a must win if the Fijiana wish to qualify for the 2021 Rugby World Cup.

Fijiana Captain Sereima Leweniqila said after their opening loss to New Zealand Development, the team have set their sights on upsetting Samoa who thumped Papua New Guinea 65-15 in their first match.

“We were disappointed on our first outing, we have reviewed our weakness and are determined to get the much needed win” she said.