Nine changes for Argentina in Rugby Championship clash with Wallabies 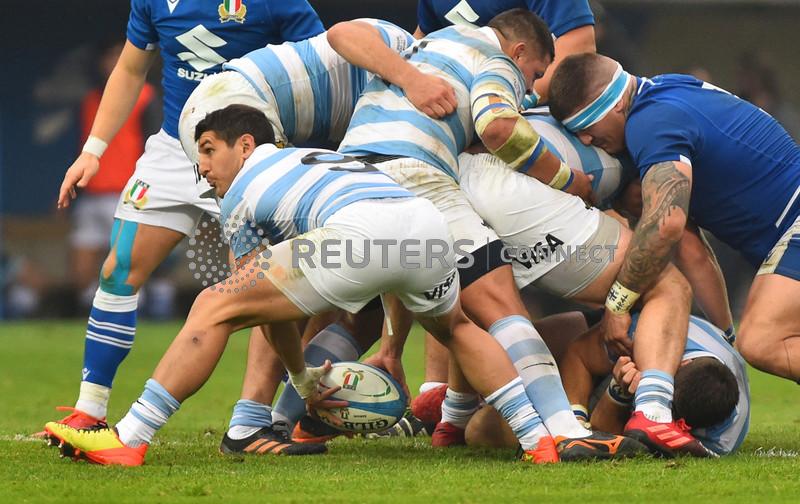 MENDOZA (Reuters) – Argentina have restored scrum half Tomas Cubelli but left out veteran Nicolas Sanchez from the halfback partnership for Saturday’s Rugby Championship test against Australia in Mendoza.

The pair missed almost all of last month’s three-test series versus Scotland but have recovered from injury, with coach Michael Cheika on Thursday preferring Santiago Carreras to Sanchez.

They are among nine changes from the team that started against Scotland in the third test at Santiago del Estero on July 16.

Captain Julian Montoya returns from a back injury after missing the dramatic 34-31 win over Scotland in the third test with props Nahuel Tetaz Chaparro and Francisco Gomez Kodela also restored to the side.

Matias Alemanno replaces Guido Petti in the second row and the backrow is switched with Juan Martin Gonzalez and Marcos Kremer on the flanks and Pablo Matera moving to eighth man.

Jeronimo de la Fuente replaces Matias Moroni in the midfield with Santiago Cordero in place of Bautista Delguy on the right wing.

“After two weeks of rest after the tests against Scotland we’ve returned with a good spirit and training rhythm. We worked with a higher level of detail to try and counter the threat that we will face against Australia.”