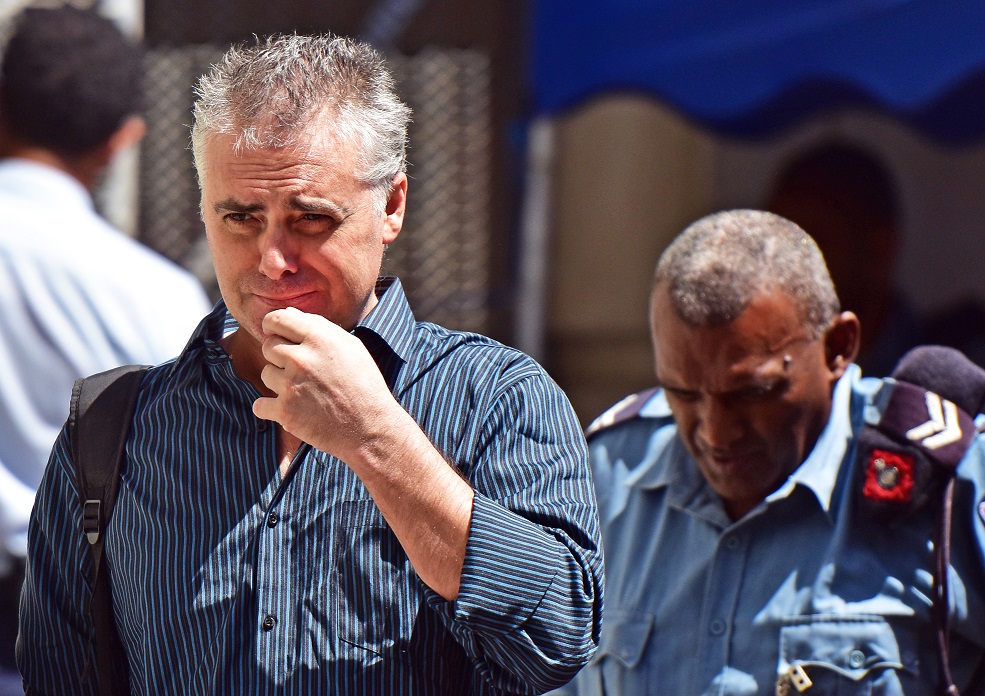 John Geoffery Nikolic escorted by a police officer after he was sentenced to 23 years the High Court in Suva. Picture: RAMA/FILE

The appeal case involving Australian national John Nikolic, who was sentenced to 23 years imprisonment by the High Court in Suva last year was called before the Court of Appeal today.

Nikolic had earlier appealed against his sentence and conviction.

His lawyer, Thomson Lee informed Court that he had received instructions from John that he wanted to abandon the conviction appeal, however, they would still proceed with the sentence appeal.

Justice Chandana Prematilaka instructed Mr Lee to file amended grounds and submissions by October 14 and the State to respond by October 18.

Nikolic was found guilty and convicted of two counts of importing illicit drugs and one count of possessing arms and ammunition without a licence.

He had in his possession 12.9 kilograms of imported cocaine, 65 tablets of cocaine and methamphetamine and 112 rounds of ammunition without holding an arms licence on June 22, 2018, in Nadi.

The case has been adjourned to October 18.

Meanwhile, the State’s appeal against the acquittal of   Nikolic’s wife, Yvette was also called today.

It was told in court that Yvette had refused to accept  the notice of appeal after the Australian Federal Police(AFP) had made contact with her in Australia.

The State  sought time to be allowed to file submissions including appeal in absentia.

The State also indicated that AFP was aware of Yvette’s address and the State was confident they would be able to serve her the notice of appeal with one option by mail.

The matter has been adjourned to November 18.