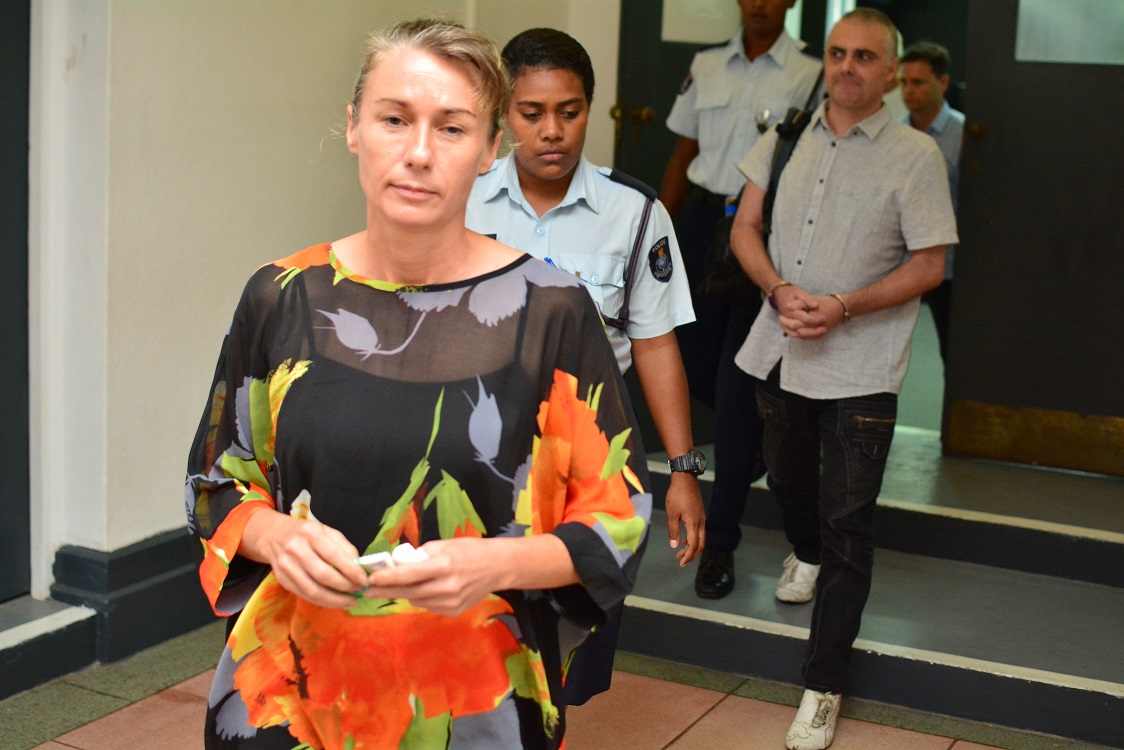 JOHN Nikolic shared that he owed dangerous people money which he could not possibly pay back and this was his only way out, a prosecution witness told the High Court in Suva yesterday.

Senior Customs officer Fenton Williams, the eighth prosecution witness, took the stand in the trial of an Australian couple — Yvette Dianne Nikolic and John Nikolic — who are accused of importing drugs and possessing arms and live ammunition without a licence.

Mr Williams, while giving evidence in examination-in-chief, said when the team from FRCS had gone to search the yacht on June 22, 2018, he escorted Mr Nikolic to the toilet.

He claimed that Mr Nikolic looked distraught and told him that he owed dangerous people a lot of money.

Mr Williams told the court that according to Mr Nikolic, his wife and crew members were not aware of the contents found in the yacht.

State lawyer Shelyn Kiran asked Mr Williams what happened after that to which he responded that Mr Nikolic complimented his team for a job well done and then asked to speak to his wife.

He said he was going to give a paper and pen to Mr Nikolic to write down a statement, however, after looking at the emotional state the couple was in, he decided to give them some time.

Mr Williams revealed that Mrs Nikolic tapped his shoulder and asked for his help as Mr Nikolic was not responding and seemed to be have difficulty breathing.

He further said they raised the alarm to other superyachts in the marina and received assistance from another yacht.

The fifth prosecution witness Josua Volau, a senior Customs officer, was told by state lawyer Yogesh Prasad to explain the procedures when conducting a search on the yacht Shenanigans.

Mr Volau told the court that when he entered the yacht Shenanigans, he asked Mr Nikolic if there were any drugs or fire arms to which Mr Nikolic had said no.

Mr Volau said he also asked about the currency on the yacht as only $US5000 ($F10,579) was declared to which Mr Nikolic said yes.

He told the court that while searching the vessel, he came across a lazarette locker in which he saw ventilation pipes running on top of blue tanks.

Mr Volau said what caught his attention was a pink insulator and when he moved closer to see it, he saw the blue bag and took it to another Customs officer outside the lazarette locker.

He said when they opened the bag they saw ten bars taped in black and grey tape and after conducting a first defender test it was proven positive of cocaine.

During cross-examination defence lawyer Ronald Gordon asked Mr Volau if anybody travelling in the Shenanigans could access the lazarette locker to which he responded yes.

He asked Mr Volau if the packages found were well hidden in the lazarette locker, to which he responded yes.

Mr Gordon asked Mr Volau if any fingerprint or DNA test for the locker or the blue bag was done.

Mr Volau said it was not part of their process to conduct fingerprint or DNA tests.

Defence lawyer Wasu Pillaya asked Mr Volau since he did not use any gloves while entering the lazarette locker and while handling the blue bag, was there a possibility he may have contaminated the evidence?