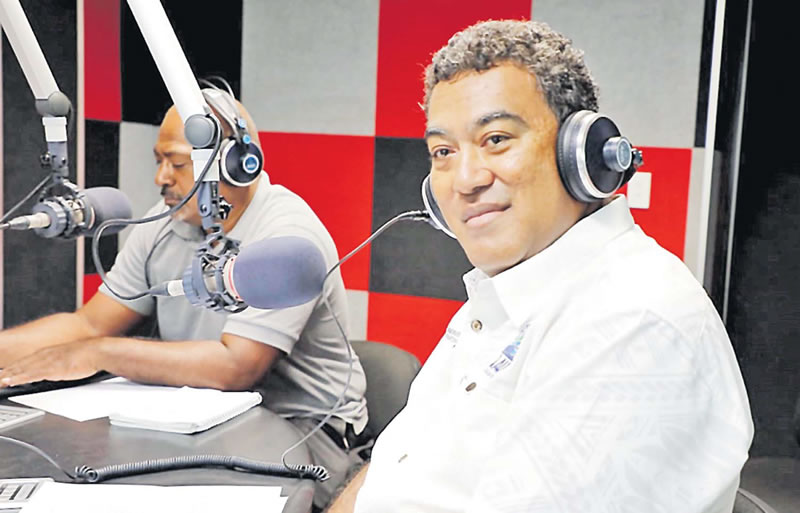 Lau traditional leaders have planned to taken vigorous steps to ban night spearfishing in the province, and support the Fishing Smart initiative to sustain resources within the qoliqoli (fishing grounds).

Leaders plan to improve fish catches for their people but ban night spearfishing across the province. The Lau group comprises some 60 islands and a total land area of 487 square kilometres.

“Traditional leadership must take the lead in the protection and conservation of its resources,” said Cinavilakeba. The currency of the iTaukei people is respect and care for one another, money is secondary. If we get that right first then all should go well, our forefathers did it and it worked — we should do the same,” he said.

The Bose Vanua o Lau (chiefs forum) plans to make it official in April, with a formal vote. Night-time spear fishing is so effective that it leaves too few fish behind to breed and restock fishing grounds.

Fishers in Fiji commonly report the start of the decline of fish catches in Fiji and the arrival of underwater torches that allowed fishers to catch fish at night. The ban would ensure Lau maintains enough breed stock to get bigger and better catches. Radio callers also approved, including callers from Lau.

“We are one with the decision made by the Bose Vanua O Lau, that night fishing be banned in the qoliqoli, we know all too well the adverse effects it had on our reefs and fishing grounds,” said a caller from Mabula, Cicia.

Semisi Meo, of Conservation International, who was a guest on the radio program, said spearfishing was like someone breaking into a home at midnight and killing all its occupants in their sleep. “That is the same with night spearfishing, where fishermen kill everything in their sights, they leave behind empty homes that are taken over by new species of fish that do not belong in that environment.”

Cinavilakeba said the ban was only possible following years of work in the Lau Province to strengthen the traditional leadership structure and to encourage traditional leaders to take ownership in the protection and conservation of its natural resources.

“Traditional leadership must take the lead in the protection and conservation of our natural resources,” Cinavilakeba said.

This is what we are doing in the Lau Province — allowing for the traditional leaders to take ownership on the things that matter and that is our natural resources.”

Conservation International has supported the Lau Province to create a seascape strategy to better care for its natural resources. To date, upwards of 30 per cent of the Lau islands have already banned night spearfishing, Meo said.

“The reception in the Lau Province has been exceptional, and this is mainly due to the existing structure in the vanua taking the lead role. Once that is established, it makes the implementation and capacity building exercises much more effective.

“Today, there is a concerted effort by its traditional leaders in embracing the notion of conserving their marine resources by employing Fish Smart practices,” Meo said.

The 4FJ Fish Smart campaign is designed to provide information to all Fiji communities and stakeholders across Fiji to better manage their coastal resources, and improve community food security and livelihoods. It encourages communities to start a talonao session about how fishing had changed, and actions that could improve fish catches, such as taboos and bans during spawning seasons of vulnerable species, minimum sizes and banning harmful fishing practices.

“But the power of this campaign is in the champions who take the lead, and encourage others to follow. And the Lau traditional chiefs have set the bar high,” she said. Cinavilakeba says the Lau Province’s initiative to fish smart could be replicated in other provinces in Fiji.

“The call must come from the leaders, once the leaders take ownership, they will be empowered by their people and it is their people that will enforce what the vanua agrees upon. This model was used by our forefathers and that is why our fish stocks thrived,” he said.

The 4FJ Fish Smart campaign is co-ordinated by cChange and supported by Pacific-European Union Marine Partnership (PEUMP) Program, with guidance from the Pacific Community and the Locally-Managed Marine Area Network International, and also funded by the Bloomberg Philanthropies Vibrant Oceans Initiative.

* Maciu Bolaitamana is the media manager of cChange Pacific. The views expressed are his and not necessarily of this newspaper.