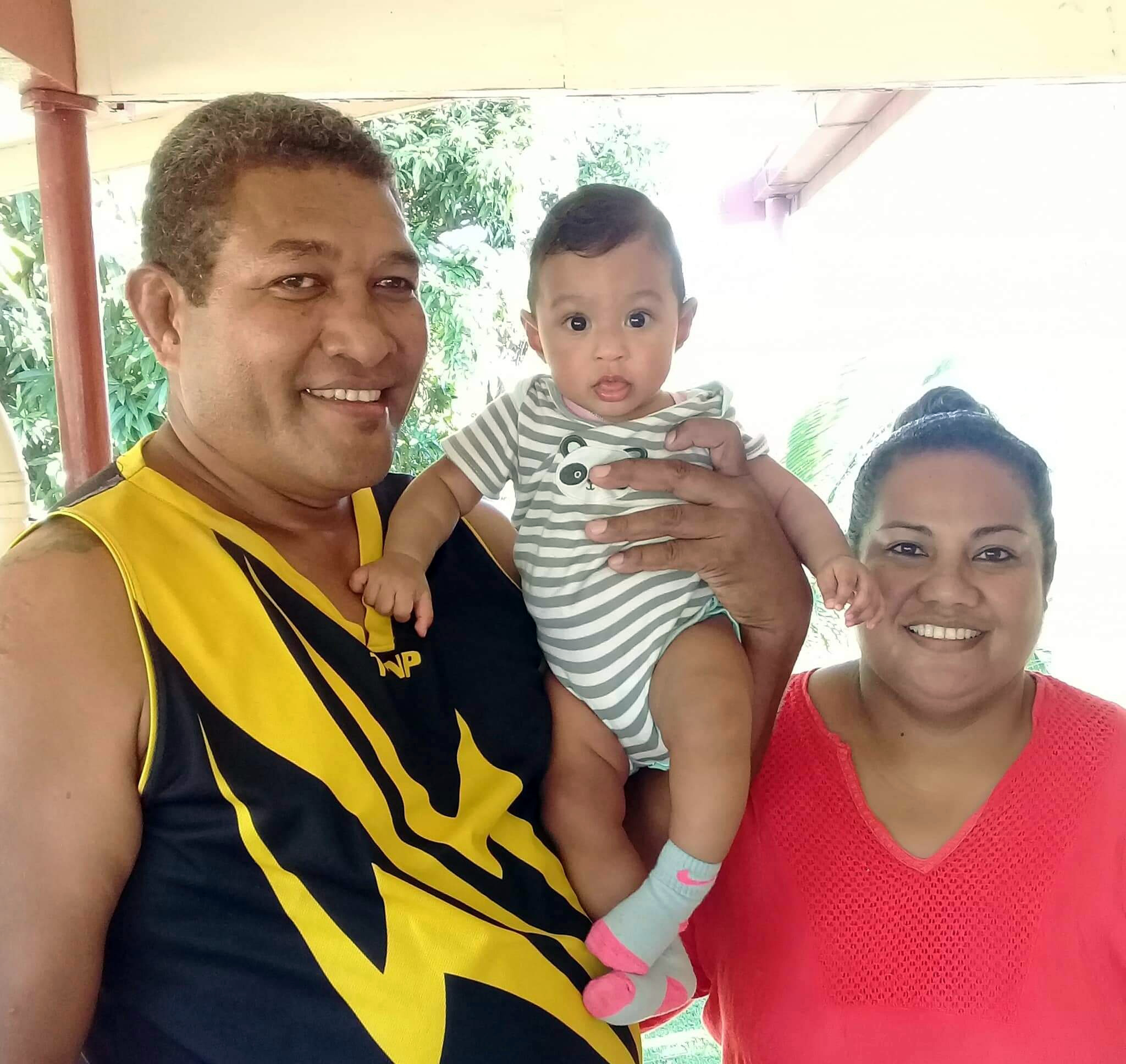 Free at last. George Seniteteva celebrates with his wife Alena and granddaughter, Leilani George at their Namoli Road home in Nadi. Picture: SUPPLIED

A NIGHT club chief security officer who was charged with the murder of a 28-year-old man in June 2016, walked free after he was acquitted by the Lautoka High Court on Friday.

When contacted yesterday George William Seniteteva said he was glad the three-year ordeal was over.

“I never believed that I would end up in this kind of a situation – to be blamed for something I didn’t do and then to end up in remand, it was a nightmare.

“If it wasn’t for my family – especially my wife, daughter and granddaughter, I don’t think I would have made it.”

Mr Seniteteva said he was glad that the judge considered the fact that all the witnesses stories were found to be lacking in truth.

“There were many things that had happened to the victim before he came to the club where I was working. He had a concussion during a rugby game, someone had broken a bottle on his head at another club in Nadi Town and the judge found that all these things had not been taken into consideration during the investigation.”

“I started in 2012 at the club I am employed in and I never had a single assault incident or complaint until the events that led to me going to court in 2016.

“And my advice to all bouncers is to take your work seriously and perform it to the best of your ability.

“And always remember that the people who enter night clubs are under your care, you don’t want what happened to me to happen to you.”