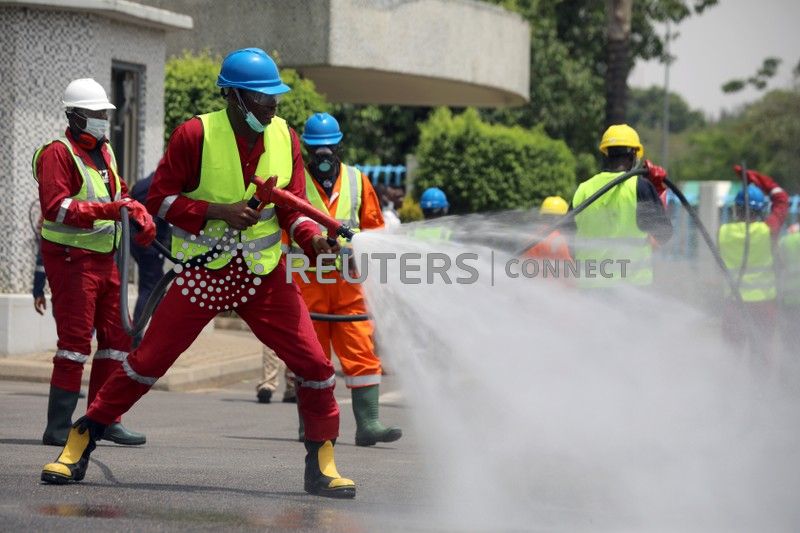 LAGOS (Reuters) – Nigeria’s president has pardoned 2,600 prisoners to reduce overcrowding in the West African country’s jails and slow the spread of the novel coronavirus, a presidential aide said on Thursday.

He said it was part of the government’s efforts to “decongest the custodial centres” and discourage the spread of the coronavirus that causes the disease COVID-19.

Ahmad, in another message on Twitter, said those pardoned included inmates aged 60 and above, those with illnesses that were likely to kill them and prisoners sentenced to three or more years who had less than six months left to serve.

Nigeria, Africa’s most populous country of some 200 million people, registered its first confirmed case of the novel coronavirus in late February. It has had a total of 276 confirmed cases and six deaths.

The country has imposed a number of measures to stop the spread of the virus, including the closure of its borders and the imposition of lockdowns in the capital Abuja, the commercial hub of Lagos and the neighbouring Ogun state.