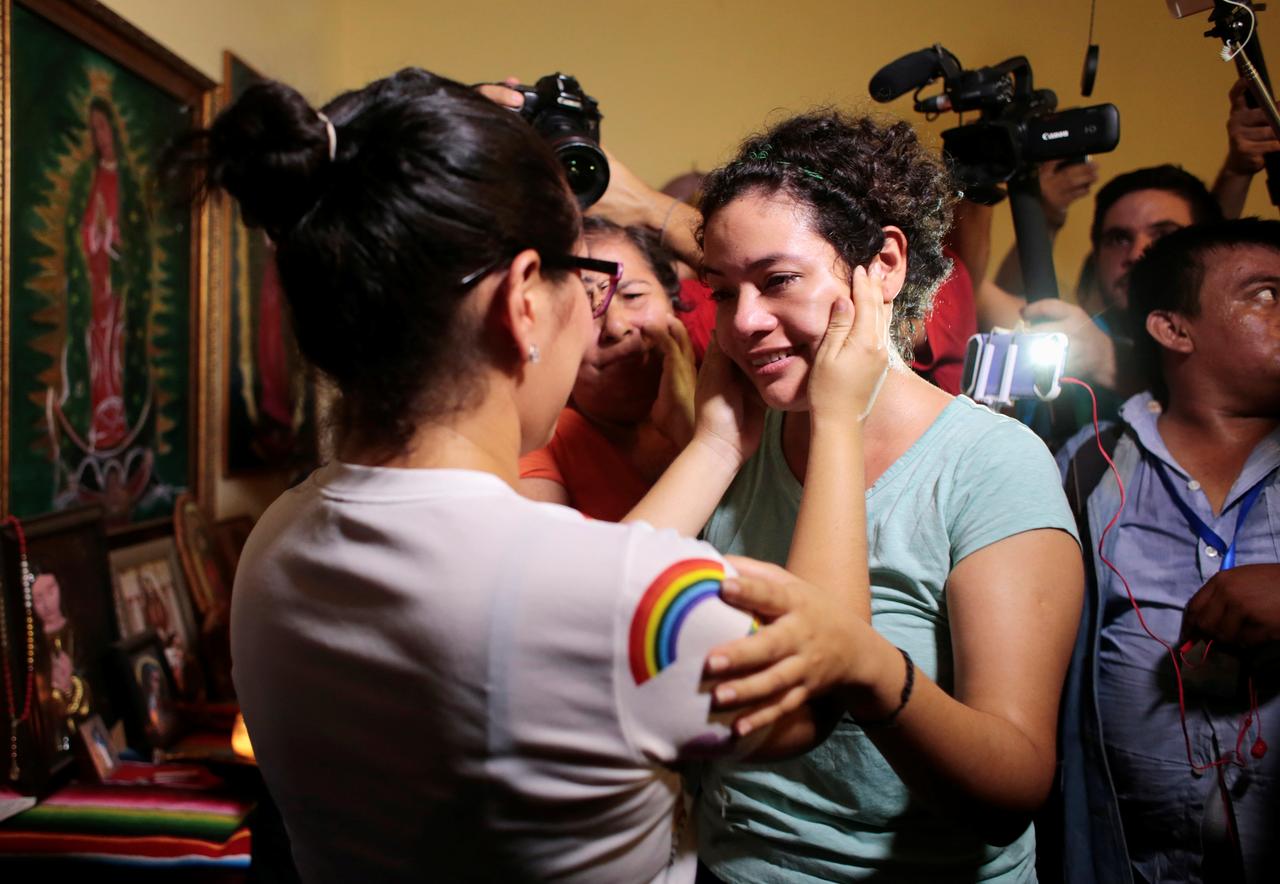 Maria Adilia Peralta, who according to local media was arrested for participating in a protest against Nicaraguan President Daniel Ortega's government, embraces a relative after being released from La Esperanza Prison, in Masaya, Nicaragua May 20, 2019.REUTERS/Oswaldo Rivas

MANAGUA (Reuters) – The Nicaraguan government said on Monday it had begun the process of freeing another 100 political prisoners after threats from the opposition it could abandon talks aimed at ending a political crisis and push for a general strike.

The government said the release was part of a plan to free almost 300 political prisoners by June 18, and it made its announcement soon after the opposition issued its threats.

“We have issued 100 (release) orders for people (…) detained for committing crimes against public security and public order,” the interior ministry said in a statement.

The government arrested hundreds of people during violent clashes that first erupted in April 2018 when President Daniel Ortega tried to cut welfare benefits.

The protests soon spiraled into a broader resistance movement and became the sharpest test of Ortega’s authority since the former Marxist guerrilla returned to office in 2007.

In contrast to previous prisoner releases, the government said that several delegates of the International Committee of the Red Cross (ICRC) participated as observers.

Nicaragua’s opposition has made the release of political prisoners a condition of dialogue with the government.

The list of 300 prisoners was agreed between Ortega’s government and the opposition earlier this year.

However, the opposition and the government differ on how many political prisoners there are.

Ortega has called the protests an illegal plot by his adversaries to oust him, while critics have accused him of human rights abuses in the crackdown on dissent.

Since the protests against Ortega’s government began last year, more than 324 people have died and another 60,000 have gone into exile, according to human rights organizations.